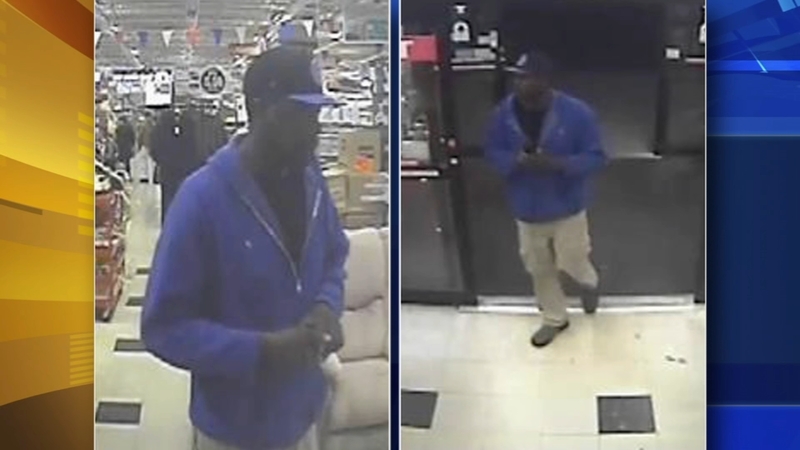 HAMILTON, New Jersey (WPVI) -- Police in Mercer County, New Jersey are searching for a man they say took pictures of a woman over the top of a bathroom stall at a retail store.

The incident took place on Thursday at the Ollies Discount Store on the 2400 block of Broad Street in Hamilton.

Responding officers said that a suspicious-looking man entered the woman's restroom shortly after a woman had entered a stall in the bathroom.

The woman said this man held his cellphone over the stall door and recorded a video of her. She said the man ran from the bathroom when she began to yell for him to stop recording her.

At the time of the incident, he was said to be wearing grey boots, tan or khaki cargo pants, a black T-shirt, a blue or purple Polo zip-up hooded sweatshirt and a black baseball-style hat with a purple brim.

Action News spoke to several regular customers who were disgusted by the incident, but not necessarily surprised.

"You hear all these stories where they put holes in the dressing rooms - so I'm not surprised," said Marie McKeever.

Hamilton Police Detectives are asking for the publics' assistance in locating the man in the pictures.

Action News reached out to Ollie's corporate headquarters on Tuesday and did not hear back.