Oscar moved to Philadelphia with his family when he was just two years old and has remained in the city ever since.
WPVI
By Tamala Edwards 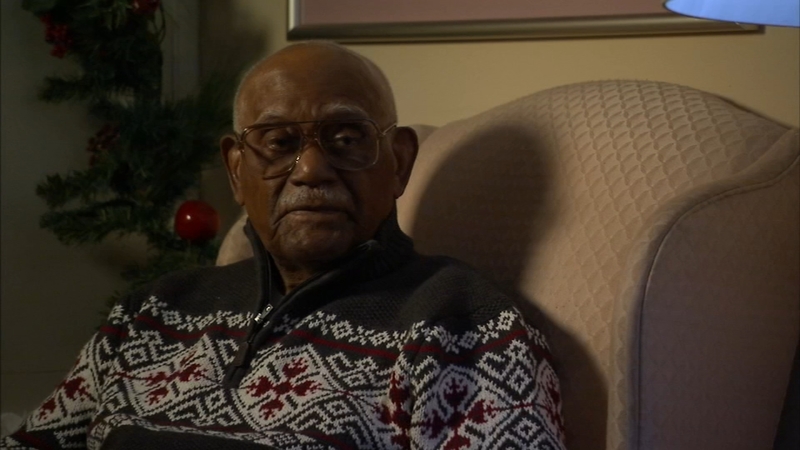 "I'm here for a reason," he said. "Every day I take, I try to serve it by helping somebody."

His daughter, Jannice Johnson-Turner, was there for the big celebration.

"He's just a marvel and I love him dearly," she said.

Oscar was born in Bainbridge, Georgia, but grew up in Pennsylvania.

He says he moved to Philadelphia with his family when he was two years old and has remained in the city ever since. Oscar married his wife and together they raised a family.

"He gave my brother and I everything we wanted," said Jannice. "It was just a wonderful atmosphere; always family oriented."

Along with family man, he's worn many hats throughout his life.

"I went into the service," said Oscar. "They drafted me."

He served in what was then known as the U.S. Army Air Force, helping his unit with literacy and later training for chemical warfare.

After the service, he spent 38 years working at the Philadelphia Naval Shipyard as a shipfitter, responsible for the pipe work.

Oscar is also active in his church, Mt. Zion Baptist Church of Germantown, where he's had many roles.

"Love one another," said Oscar. "That's been my theory all through life."

His neighbors also surprised him by turning out to celebrate his landmark day.

"He is an amazing man. He laughs every day and sings every day," said Jannice.