Our America: The story behind the stories about rising hate crimes against Asian Americans 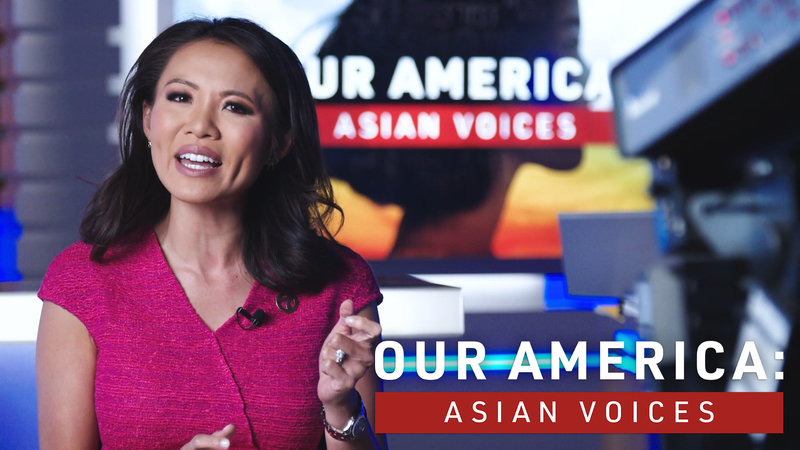 SAN FRANCISCO -- A few years ago, a friend reached out to me, asking if I could help a neighbor who heard there was a grandma who was beaten up on a playground in Visitacion Valley. Accompanying the message was a photo of a tiny, white-haired woman in her 80s, crumpled on the ground near a slide and swing set. I remember staring at that photo thinking how much she looked like my own grandmother.

It took me days to convince the woman's granddaughter to talk and to trust me enough to let down that wall to share her pain. Growing up, Asian Americans are taught to "stay in their lane" and "not to cause a fuss." That would be dishonorable. I shared with this granddaughter my own story of crying as a child and how my own mother would bark and say the only time I was to cry was at her funeral -- because it showed weakness.

It wouldn't be until the coronavirus pandemic where I realized the power of my perspective as an Asian American. How that would open the floodgates to others to feel ready to share their stories.

A law enforcement official told me the attacks on Asian Americans aren't anything new. It's been happening for decades. He even described it as the Bay Area's "dirty little secret." It was all kept a secret because victims and their families were not only ashamed and taught not to speak out, but because they were afraid nobody would listen to them and be their ally.

When the pandemic broke, I decided to dedicate my work as a journalist to champion their story out of the darkness and to give these families a voice.

The story that changed everything for me was a video of an old Asian man, collecting empty cans in San Francisco's Bayview neighborhood. He was surrounded by spectators, humiliating him, blurting out racial slurs and hitting him. The man was reduced to tears. I remember watching that video on a loop. Over and over again. He looked a little older, and a little grayer, but just like my father.

But unlike the grandmother on the playground, the hate was clear. You could hear the words of hate and see how brutal the attack was on video. Until then, I had never shared something so graphic and disgusting on social media before and I was concerned about how people would receive it.

What happened was the floodgates opened.

That video of a man's pain and suffering was shared millions of times around the world. It sparked such outrage others began sharing their own stories. By telling me via a direct message, they felt like there was someone on their side who understood. It was a hell of a lot less scary than filing a police report. The stories spanned from witnessing the word "CHINK" spray-painted on the sidewalk in one's neighborhood to acts of aggression, such as the family who, on a hike, was told to go back to where they came from by a white former CEO of a major company.

With each story, Asian Americans became bolder. Soon, I was being tipped off to stories where along with the hate, came violence. It was terrifying.
After sharing their stories with me, life oftentimes changed dramatically and almost always for the better. The young woman who was pistol-whipped outside her home and had her car stolen? After sharing her story, so many viewers raised money for her that she has more than enough to buy a brand new car.

The gas station owner who was pepper-sprayed and told to "go back to China" by a customer? His perpetrator was arrested days later and the attention brought in new patrons who stopped by to offer words of support and purchase gas.

That woman whose grandmother was beaten up on the playground? Started an organization to offer compassion and caring to Asians who have been attacked.

So many alerted me to a former gang member making threats to kill Asian Americans. It allowed me to alert Oakland Police, who then made an arrest several weeks later.

When victims and the community see results, that trust and willingness to help snowballs into something unprecedented. Suddenly there were more stories to tell than I had the bandwidth for.

Sometimes it takes a collective of people to band together and just one person to say "let me help you." I saw it in Oakland after there were more than a dozen attacks on Asian Americans in the span of two weeks. The president of the Chinatown Chamber of Commerce banded shop owners together -- ones that had been robbed or attacked -- and asked for them to let him use surveillance video and share it with me. They wouldn't have to be vulnerable and go on camera, but together they'd be stronger.

Since reporting on those stories, there have been endless rallies and efforts to help. A contractor who passed out hundreds of air horns. A Latino man stepping up to help chaperone the elderly and vulnerable as they ran errands. But many of the shows of solidarity are unseen and go without attention. The woman who never wants her name to be revealed who visits one-on-one with victims and their families. Or the mother who offers to translate victim stories when I can't understand what they're saying.

While many days it feels like for every story told and in every case justice is served, there are ten more. There is still a long way to go. But I made a promise to myself that instead of seeing this as a burden, being the bearer of such great responsibility is a blessing too. Things are changing! As more people in my newsroom, children and grandchildren here in the Bay Area and around the country are joining in the fight, the burden is slowly lifting. We are doing this together.