Dr. Ken Hartman is a Cherry Hill resident. He served in the Army as a cavalry officer from 1980 to 1989.
WPVI
By Jessica Boyington 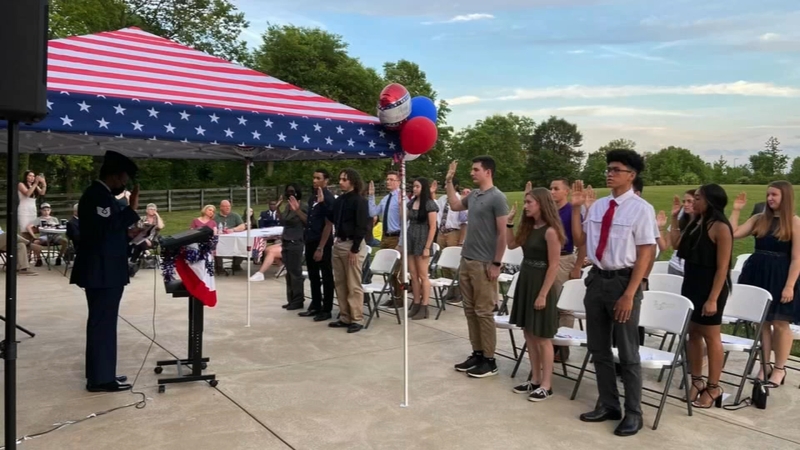 Dr. Ken Hartman is a resident of Cherry Hill and a proud American patriot, having served in the Army as a cavalry officer from 1980 to 1989. He has nothing but good things to say about his brothers and sisters in arms.

"Having people who are willing to put their country before themselves to defend our precious document, our founding documents, and ultimately willing to give the ultimate sacrifice, I tell you, I think those people are very special," said Hartman.

Always looking to serve his community, Hartman joined the Cherry Hill School Board in 2007 and made a discovery.

"We were doing nothing to honor, recognize the small number of our kids who are graduating from Cherry Hill, and who were enlisting directly to the military," said Hartman. "In 2009, I decided to do something about that, and I organized the dinner for all the kids in Camden County and their parents."

Word quickly spread into the community about the occasion. Hartman received so many requests to hold more events that he created "Our Community Salutes." It's a donation-driven nonprofit that holds ceremonies in 23 states, including the US Virgin Islands and Puerto Rico.

"If it wasn't for the 1% of the kids that have decided to put their country before themselves, to serve in the watchtower for the next few years, their classmates would not have the freedoms and liberties to pursue theirs," said Hartman.

Their motto is, "the first to say thank you," and so far, they've said their "thank yous" to over 150,000 high school enlistees. Hartman's only goal is to keep growing.

"I want them to know that their community and their country is behind their decision to serve," said Hartman.

Tell us about the person or organization that is doing great things in your community.