"He was a tireless leader even before he was one of our leaders," said Trappe Deputy Chief John Bolger of Trooper Sisca.
WPVI
By Jaclyn Lee 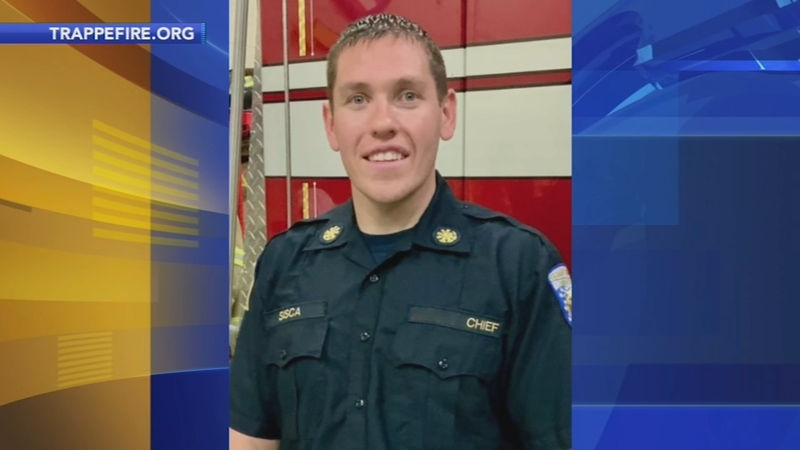 Loved ones remember state troopers killed in I-95 crash

The two Pennsylvania state troopers were hit and killed by a possible drunk driver less than 24 hours prior on the side of I-95. A pedestrian they were trying to help was also killed.

"They braved traffic along the busy interstate to assist a citizen whose own life was in danger as he attempted to walk along the interstate roadway at night," said Colonel Robert Evanchick, Commissioner of the Pennsylvania State Police. "There's no greater act of selflessness."

"Branden has worked with the Trappe Fire Company for more than a decade," said Trappe Deputy Chief John Bolger. "He was a tireless leader even before he was one of our leaders. He has provided leadership, and camaraderie and brotherhood to our fire department and to our community."

Sisca comes from a family of first responders. His father is a deputy for the Montgomery County Sheriff's Office, his father-in-law and wife are members of the fire company. Sisca was preparing to become a father in the coming months.

"He was an example to all of us," said Bolger. "We are saddened and grieving today and we are thinking of Trooper Sisca and his wife and family."

The Gift of Life program said each donor can save up to eight lives through organ donation and improve the lives of more than 100 others.