Teenage girl shot in the eye in Parlier 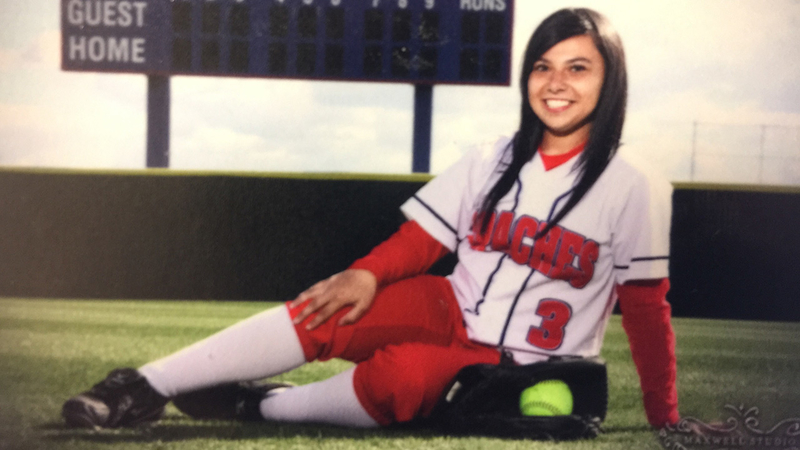 Teenage girl shot in the eye in Parlier

PARLIER, Calif. -- A 16-year-old is in critical condition at Community Regional Medical Center after being shot in the face while riding in a car with her mother.

Family members say Brianna Ramirez lost her eye and is in a medically induced coma because of brain swelling. Fresno County sheriff's deputies do not believe the teenage girl was targeted, just caught in crossfire.

The evidence was still clear Friday of a shootout that left a Parlier neighborhood with bullet casings and the teen girl with shattered dreams. Her mother says Ramirez is a sophomore at Sanger High School and plays on the school's softball team. Deputies say the shooting happened on the same block where the girl lives with her family.

"It turns out that the girl was with her mom, they were driving in their car on their way home. Shots rang out, some came through the windshield of the car, and one of those bullets struck this 16-year-old in the eye," said Tony Botti, spokesperson for the Fresno County Sheriff's Office.

Trinidad Pimental has lived down the street from the victim's family for decades. He heard the gunfire just after 10 p.m.

"I was watching television and I heard a loud bang and then about five or six shots after that, and of course I told my wife to get down because they were so close," said Pimental.

Investigators believe the suspect came from Tuolumne and then turned onto Fett. Deputies say it's unclear if two groups were exchanging gunfire or only one group was firing. Detectives have been combing the neighborhood trying to collect surveillance video and statements from any witnesses who may have been outside their home during the shooting.

"I think the bottom line is whether this was intentional or unintentional, when you make the decision to pull the trigger you are responsible for where that bullet goes," said Botti.

Many neighbors are angry and upset. Several Parlier police officers patrolled the neighborhood Friday. Those who live there say shootings are becoming more common and the violence is now a major concern.

The victim's mother has been with her at her bedside and says Ramirez was looking forward to her upcoming softball game against Central High School on Saturday. Family members say at this point the girl is expected to survive, but she still has a long road to recovery.