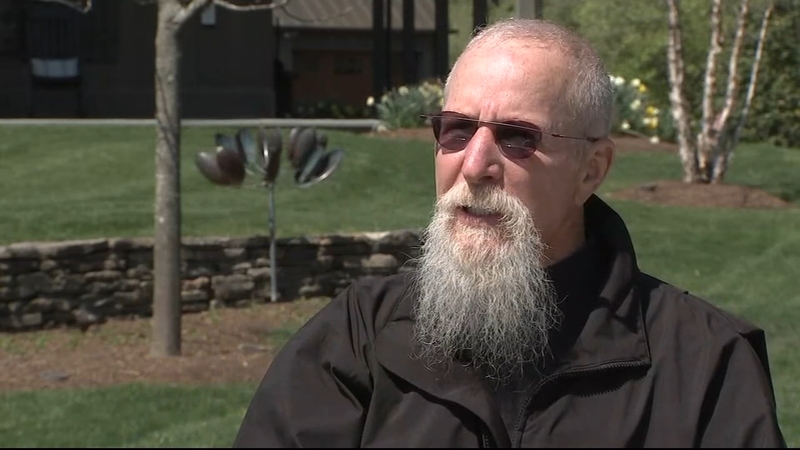 PHILADELPHIA (WPVI) -- When we think of Pat Croce, we picture him courtside. It's been 20 years now since Croce, Allen Iverson and Larry Brown took the Philadelphia 76ers to the NBA Finals.

Philadelphia fell in love with the former 76ers owner's fiery energy, his passion and his zany personality. Now? Let's just say we had to take the Action News van up a dirt road and then another dirt road to find him, and what a story he has to tell.

The pirate fanatic is left with his own "x" marks the spot: a 58-stitch scar across his chest after surgery and radiation.

"I believe I was graced with cancer, it wasn't a curse," he says.

And so, Croce has reemerged from six years entirely off the grid to partner with the American Cancer Society for his newest passion project HEALED (Health and Energy through Active Living Every Day).

Since last month he's already helped raise $1.7 million, which is just the beginning.

"With a minimum donation, you can get this cool black lava bracelet that represents unity, harmony, renewal, and healing if you look at the color green," says Croce. "And it starts here in Philly, the pebble drops here in a pond in Philly and we don't know where the ripples will go. I'm hoping it's a tsunami all across the world and we can bring a little less suffering and a little more awareness of each other."

It's self-awareness that has brought Croce to this point. After turning 60, he went off in search of the happiness he was always chasing and found it within.

He traveled the globe to Bhutan, studying mindfulness and introspection. Now he spends his days in tranquility on the 53-acre private retreat outside Philadelphia. He calls it "meditation hill."

"When Philadelphia thinks of Pat Croce, I don't think they think zen, relaxed, calm because they think back 20 years ago, and they think of the Sixers and the crazy Pat Croce. Am I wrong?" asked sports reporter Jamie Apody.

"You're not wrong at all," said Croce. "So know this, that frenzied wheel I was on, I still enjoy being on it but I keep one foot on the peaceful hub."

He carved a mile and a half long zen path through the woods by hand, developed a love for woodworking and even made his own log cabin on the property.

"The how in the now creates the wow," Croce says. "How you do what you do in the present moment creates little mini 'ah-has,' and all those 'ah-has' add up to a wonderful day and a wonderful week and a wonderful life."