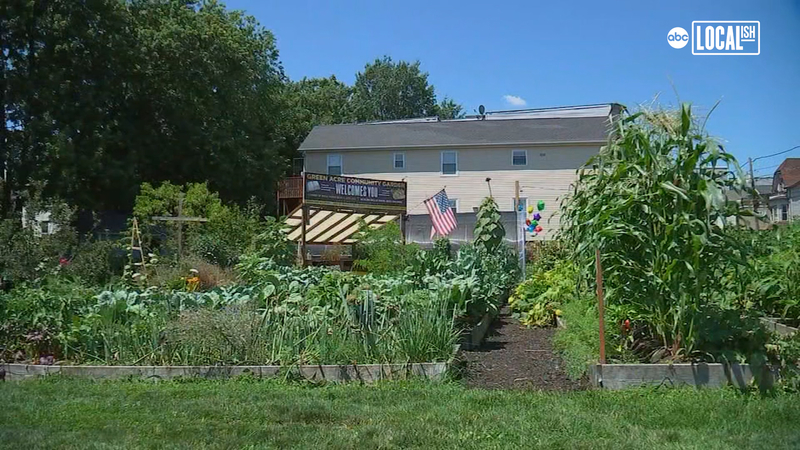 PATERSON, New Jersey -- A community came together to open an oasis of fresh produce for residents in Paterson where it can be tough for some to come by good grocery stores with fresh fruits and vegetables.

At the intersection of 12th Avenue and Rosa Parks Boulevard in Paterson 4th Ward, there are no weeds, stumps or garbage in sight.

Ant that's exactly what Davis did.

He changed a blighted vacant lot into the Green Acre Community Greenhouse in Paterson - which officially opened on Tuesday morning.

The initiative is funded by the United Way, built by Habitat for Humanity and is powered by High End Electric.

"So instead of drugs and guns, it's fruits and vegetables because of this man," said Paterson Mayor Andre Sayegh.

Related: Community in Paterson that came together to open an oasis of fresh produce for residents

Davis started five years ago simply planting vegetables in the vacant lot. But he knew it needed to be bigger to address the needs of the neighborhood.

"The only place in Paterson with a greenhouse to me, that's extraordinary that this is happening here," said Ruby Ann Cotton with the Paterson City Council 4th Ward.

As Davis put it, everything's there except for the chickens and the hogs.

There are all types of greens, melons, corn, cabbage and tomatoes - all for sale for a nominal price from 9 a.m. until 5 p.m. on Saturdays and Sundays.

"We do want to address the issue of food insecurity and provide access to these fresh fruits and vegetables because typically places like Paterson are considered food deserts," Sayegh said.

"We're taking back our city," said Luis A. Velez, City Council 5th Ward. "If you know there's open space out there and you know it's not being utilized... let's have a conversation."

A conversation can lead to transformation.