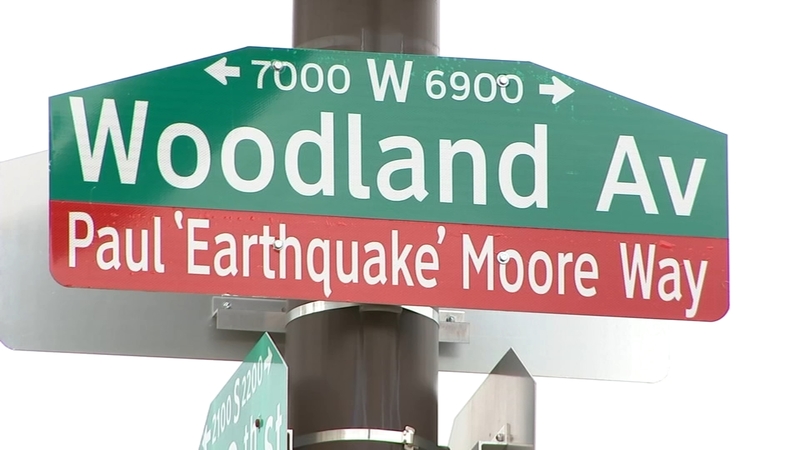 PHILADELPHIA (WPVI) -- Southwest Philadelphia was filled with people along 70th and Woodland Avenue for a ceremonial street renaming to honor Paul "Earthquake" Moore.

He was 62-years-old. He was known for his tireless work against violence, mentoring kids, and helping those less fortunate over three decades.

"Earthquake," as he was affectionately known, held many peace marches, denouncing the bloodshed on the streets of Philadelphia. 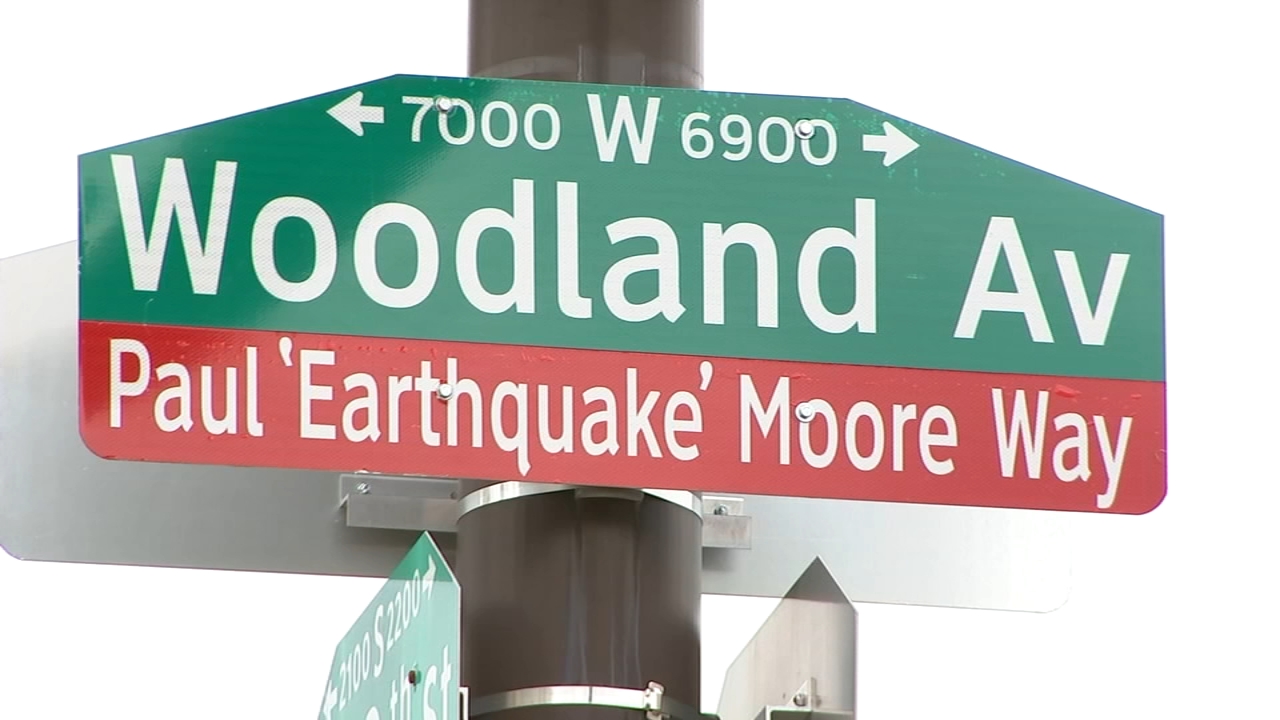 Councilmember Kenyatta Johnson, a longtime supporter of Moore, hopes more people in the community will follow in his footsteps.

"When I think about the shootings that take place in Southwest Philadelphia, I can honestly say when we come out and we start organizing, there's a void in leadership in community individuals stepping up to the plate," said Johnson.

This November, the community will miss him at his annual turkey runs to raise money for the needy.

Moore's wife, Crystal Moore, hopes people walking by will be prompted to help their community when they look up and see his name.

"Hopefully the young can walk by and see that name and just remember him and remember what he stood for," said Moore.

Reverend Moore worked with police and community members to bring peace to the streets of Philadelphia.