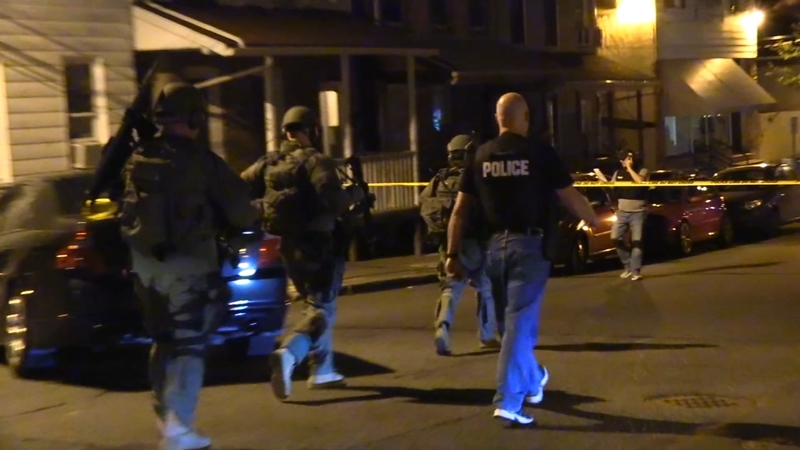 EASTON, Pa. (WPVI) -- Authorities say a man who kept police at bay for more than two hours at a Pennsylvania home threw down incendiary devices that ignited a nearby store and scorched a police patrol car.

Easton police say 32-year-old Jeffrey Folkner was captured after he left the home around 1:30 a.m. Thursday. They say he was brandishing a machete that he refused to drop and was soon subdued by a "less-than-lethal" device.

Folkner is facing 14 counts overall, including attempted homicide, aggravated assault and arson. It wasn't known if he has retained an attorney.

Officers initially went to the home just before 11:30 p.m. Wednesday after Folkner's roommate reported he had attacked him and that Folkner was "destroying the home." Authorities also believe he may have fired shots during the standoff.
------