Schuylkill Expressway reopens after being shut down hours for flooding

PHILADELPHIA (WPVI) -- For close to 10 hours Monday morning, the eastbound lanes of the Schuylkill Expressway had to be closed from I-476 to Gladwyne due to flooding.

The conditions were so treacherous that many of the commuters who tried to drive through it wound up stalling and being stranded in the dark. Rescue crews were called to pull the drivers to safety.

Chopper 6 was overhead as one of the eastbound lanes opened just before 10 a.m. Crews were still working at the scene, and water could be seen gushing under the train tracks that run parallel to the highway.

Just after midnight, traffic was also stopped on the eastbound lanes of the Schuylkill Expressway between King of Prussia and Gulph Mills.

The closures began in Conshohocken and there were many people feeling the impact.

"Coming this way would be 20 minutes. It took me an hour," Dawn Keer of Wynnewood said.

"During rush hour it was pretty bad, most of the major arteries are closed so a lot of detours. Trash and debris on the highway," Anthony Harris of Philadelphia said.

The detours also got people turned around and lost, having to stop and ask for help. And for others, it meant there was no way getting to work.

"It took me about 40 minutes to get to my complex which is about five minutes away from 76 when it was blocked off. So I just turned around, called my boss and told him I'm going to have to work from another office today," Joe Maglio of Conshohocken said.

Drivers in the Lawncrest section of Philadelphia decided to make a dangerous go of it, plowing into flooded waters. Others wisely stopped at the flooding and turned around at Summerdale Avenue and Pratt Street. One car got stuck and had to be towed out of the floodwater.

South Jersey was also hit by the flash flooding. A shelter was opened for residents affected by flooding in Willingboro, New Jersey; a number of people were rescued from their vehicles in the city. Authorities in Burlington County tell Action News that the Rancocas Creek flooded. No injuries have been reported.

Several drivers also became stuck in high water on Route 38 between Chapel and Kenilworth avenues in Cherry Hill. Route 38 was closed for a period of time in the early morning before reopening just before 4:30 a.m.

And the flash flooding hit home for Action News Meteorologist Adam Joseph. He returned home to flooding after giving the AccuWeather forecast on Action News at 11 p.m. Sunday night. 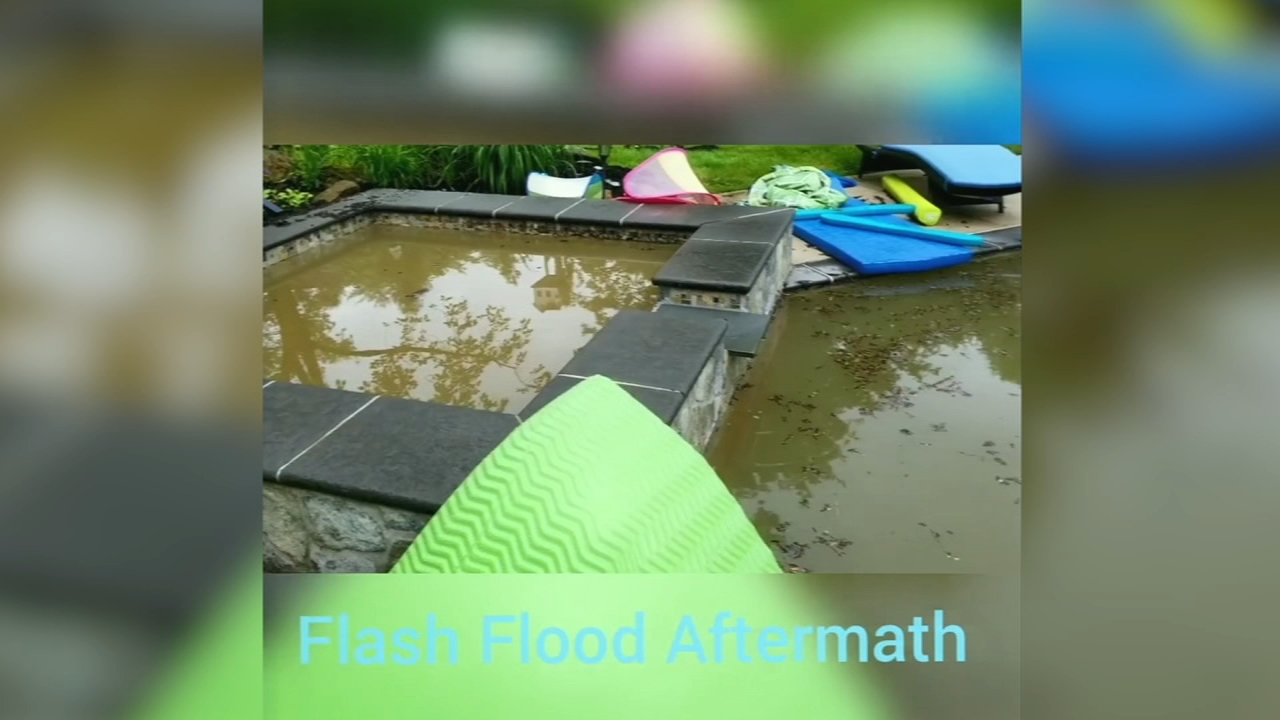 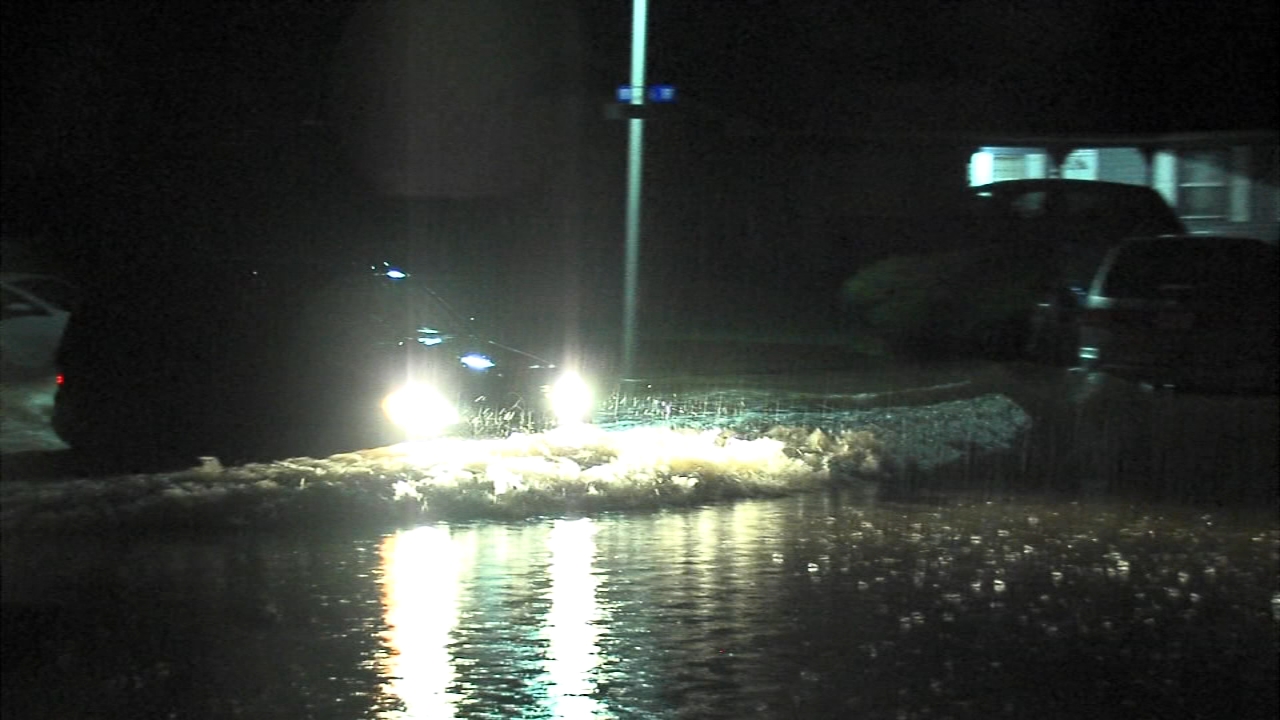