Police say the armed masked man tied up the driver with a belt before taking off with packages.
WPVI
By 6abc Digital Staff 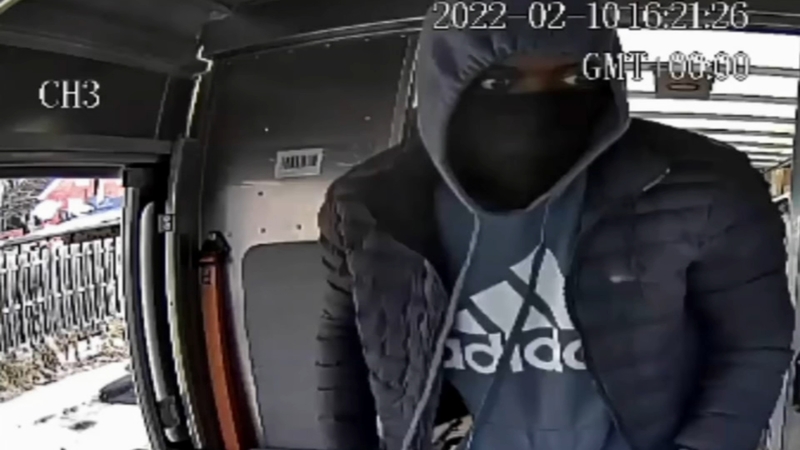 PHILADELPHIA (WPVI) -- The Philadelphia Police Department is seeking the public's help in identifying the suspect wanted in the carjacking and robbery of a FedEx driver.

Police released new video of the crime on Thursday.

According to investigators, the delivery driver was making stops along the 4300 block of Tackawanna Street in the city's Frankford neighborhood on Feb. 10.

That's when police say an armed masked man tied up the driver with a belt and drove the truck a few blocks to the 1600 block of Womrath Street.

The suspect was able to get away with a couple of packages.

The driver was not injured.

Anyone who recognizes the suspect in the video is asked to call police at 215-686-TIPS.