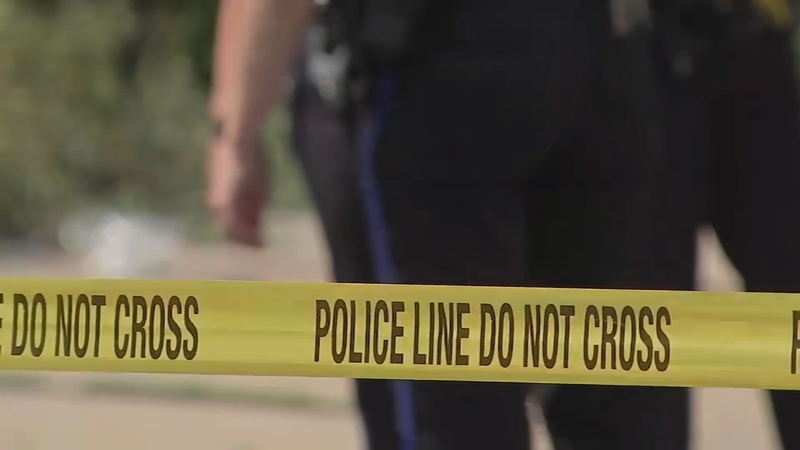 PHILADELPHIA (WPVI) -- Not only is there a sharp rise in homicides among major cities across the United States, but an Action News analysis of the data shows that Philadelphia has the second-highest murder rate among the 10 largest cities this year.

"I think it's like the perfect storm right now," said John Apeldorn of the Citizens Crime Commission.

Criminal justice academics who study crime say cities have been destabilized by pandemic lockdowns. Experts also say protests against police are contributing to a sharp rise in violent crimes.

In Philadelphia, at least 255 people are victims of homicide so far this year, including a 32-year-old woman who was caught in the crossfire of a violent episode that broke out Friday night in the 2500 Block of Ingersoll Street.

Seven heavily armed men got out of two vehicles and began wildly firing in different directions at another group.

"The brazen nature of this, you can't watch that video and not be taken aback," said Staff Inspector Sekou Kinebrew with the Philadelphia Police Department.

In another incident over the weekend, 7-year-old Zamar Jones was caught in the crossfire while playing on his porch on the 200 block of North Simpson Street. He later died from his injuries.

In addition to Philadelphia, the data shows that Chicago has the highest homicide rate this year.

And for the fourth year in a row, Philadelphia is seeing more homicides than New York City, a city where the population is more than five times bigger.

Apeldorn says in addition to the heroin and opioid epidemic and warring gangs involved in the drug trade, criminals have been emboldened by the sidelining of police.

"You have police officers because of the defunding and things like that, morale is low, they're lining up to retire. The criminal element knows this, they're out there committing their crime and crime is going up," said Apeldorn.

"I think we're experiencing a trickle-down effect from the start of the pandemic with just crime going up to the riots and things happening in Philadelphia," said Pastor Eric Simmons of the Grace Center Church.

Pastor Simmons is one of a number of pastors deeply concerned with what's going on in the city.

"A lot of us collectively have come together, I think people are just fed up," he said.

The question is how to even begin to address the problem? Pastor Simmons says we must begin by putting our youth on the right path.

"It's going to take some work, but I think mentorship is the key to getting this thing tailored in Philadelphia," said Simmons.
Report a correction or typo
Related topics:
philadelphiacrimedata journalismmurderhomicidegun violencephiladelphia police
Copyright © 2022 WPVI-TV. All Rights Reserved.
RELATED
7-year-old boy dies after being shot in head while playing on Philadelphia porch
TOP STORIES
1 dead, 4 injured after driver crashes into utility pole in Montco
Fire on roof sends smoke billowing over Center City
Fauci optimistic omicron will peak in February
5 tax changes that can boost your refund this year
Former CHOP patient becomes nurse at new King of Prussia hospital
Woman says someone followed her in Center City using Apple AirTag
Family demands justice after 23-year-old woman found dead after date
Show More
How to order your free COVID tests from the government
How a 73-year-old grandmother outwitted a scam artist
FBI issues new warning on QR codes
After the omicron wave, what's next for the COVID pandemic?
Tax filing season starts Monday. What to expect for 2022
More TOP STORIES News