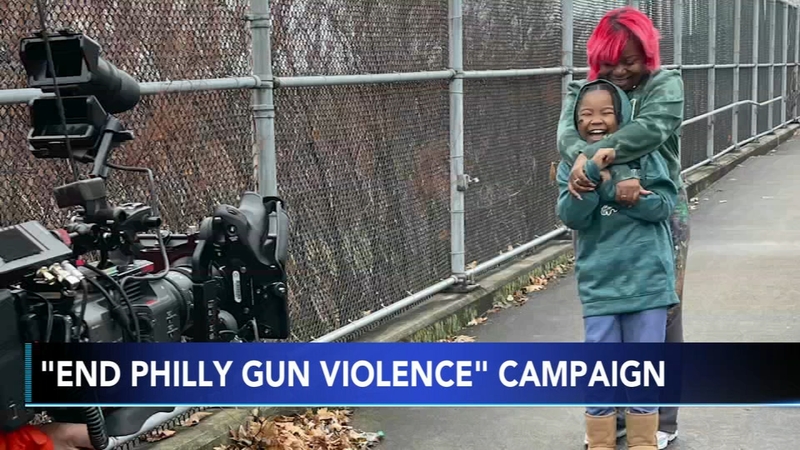 Behind the scenes of Eagles' end gun violence campaign

Now, 6abc is getting a behind-the-scenes look at what went into making the campaign.

"We wanted to focus on this idea of enough keeping score, where the players were coming out of their uniforms, talking about the things they're talking about in the locker rooms and really supporting the community," said creative director Brian Anderson.

"It was just really important to show the underdogs, the people who aren't normally spotlighted through the news and campaigns and are just out there every single day. Boots on the ground trying to help out their own communities," said executive producer Kyra Knox.

Production crews spent weeks filming to capture all those touched by what's playing out across the city, including the Eagles players who have one of the loudest megaphones in Philadelphia.

"The players didn't just want to wear a t-shirt. They wanted to support the work that was actually being done in the community," said Don Smolenski, president of the Philadelphia Eagles. "I hope it will further engage more people, more organizations, and hopefully that can start a conversation between our organization, their organization, and maybe we can get more organizations involved."