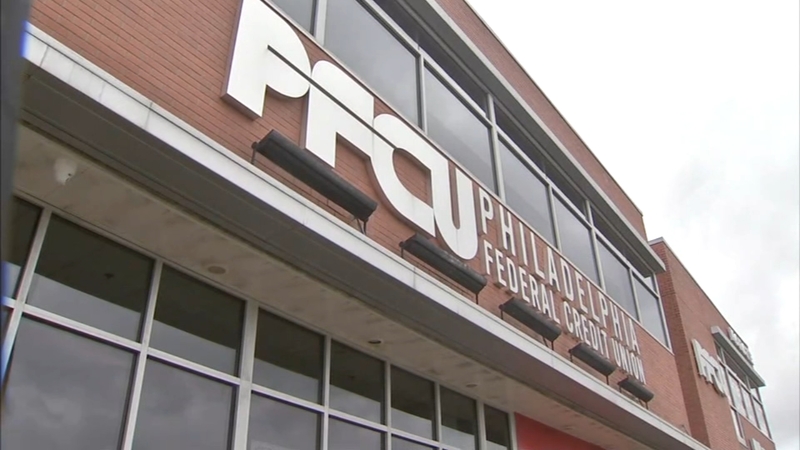 PHILADELPHIA (WPVI) -- Joe Goldberg met outside of the Philadelphia Federal Credit Union at Stanwood Street and Roosevelt Boulevard Monday. He says his account was hacked.

"I bought Phillies tickets yesterday and afterwards I thought let me check my balance and see what I got left," said Goldberg.

He says there wasn't much. In fact, if he had wrote just one more check out of his account it likely would have bounced.

Maggie Fulmer is another.

"We noticed all these withdraws were taken out," she said.

They're just two of many victims with the credit union that had their accounts hacked over the weekend.

Monday morning customers say once they realized something was wrong they came rushing down to their branch at Standwood Street and Roosevelt Boulevard.

Fulmer said, "There was a lot of people here, about 70. They couldn't have been any nicer. I mean it happens, but it's scary when people are taking all the money out of your bank account," Fulmer said.

"On July 8, PFCU officials discovered potentially fraudulent activity involving a small percentage of members' debit cards. While this incident is not the result of an internal PFCU breach, PFCU's security and loss prevention specialists are working diligently to determine the cause of the incident and have notified the approximately 400 members whose account information may have been compromised. PFCU has issued new debit cards to these members and will reimburse them for any fraudulent activity that may have occurred."

Customers say over the weekend their accounts were withdrawn from several times.

Each time, several hundreds of dollars were taken, anywhere from around $200 to $500.

It happened at different ATMs all throughout the area.

Fulmer said, "Down in South Philly at PNC Bank, Wells Fargo and Bank of America in Cherry Hill."

Michael Zagursky says he personally doesn't blame the credit union. He says it's more of a reflection of times.