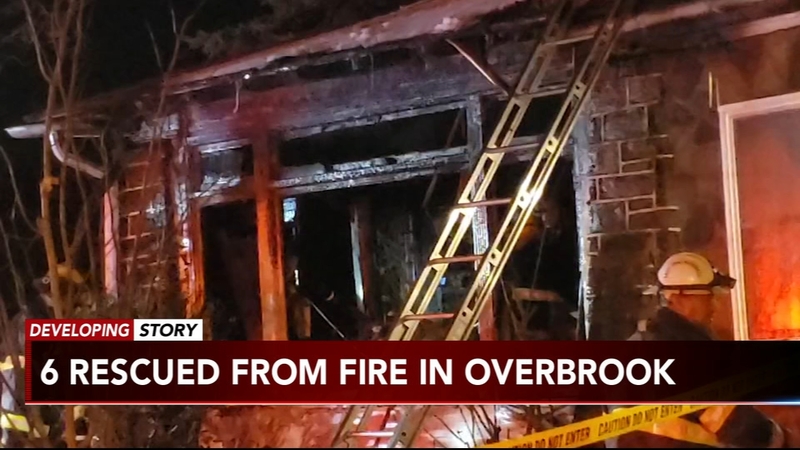 PHILADELPHIA (WPVI) -- Crews rescued six people from a fire that spread through a house in Philadelphia's Overbrook neighborhood. Investigators have labeled the fire as suspicious.

Firefighters were called to the 1000 block of North 64th Street just before 3 a.m. Saturday.

Arriving crews found fire shooting from the first floor of a three-story home.

While firefighters were responding to the scene, they were getting 911 calls from residents trapped on the second and third floors.

Crews put ladders up while others continued to battle the fire on the first floor.

Firefighters were able to rescue all six residents who were trapped on the upper floors.

Two were taken to the hospital to be treated for smoke inhalation.