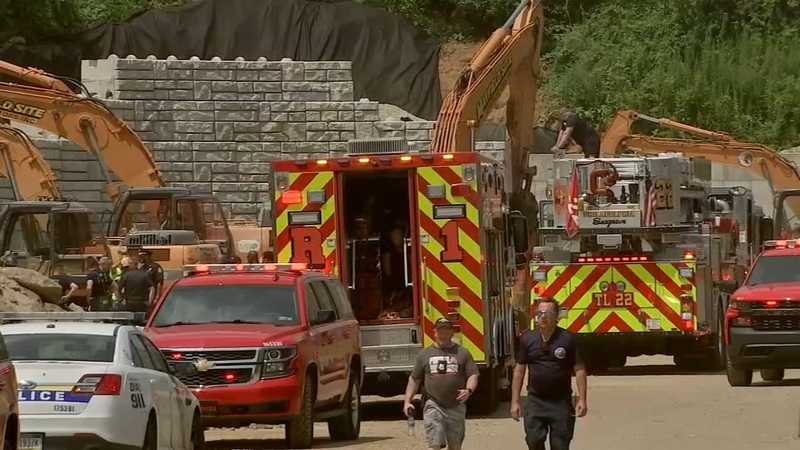 PHILADELPHIA (WPVI) -- A man was killed Tuesday morning in an accident at an Amazon warehouse under construction in Philadelphia's Hunting Park section.

According to officials, crews responded to the 700 block of Ramona Avenue just after 10:30 a.m.

Witnesses said the construction worker, who was standing between a slope and a retaining wall, was buried alive.

The 29-year-old victim's coworkers quickly called 911 as they frantically try to dig him out by hand.

"They began digging him out. Special operations companies eventually showed up on the scene assisting with the removal of the victim," said Dep. Chief Carl Randolph, with the Philadelphia Fire Department.

According to officials, the man was taken to Temple University Hospital where he died.

Randolph said there is currently no way of knowing for sure how long the victim was conscious after the slope collapsed, but there was evidence he might have been knocked out by the impact.

"His injuries would be consistent with crush syndrome and, pretty much, collapse. It was pretty devastating when it collapsed on top of him," he said.