Could a program in New Jersey's largest city help reduce violence in Philadelphia?

A successful program in Newark, New Jersey shows that there might be hope to stem the tide of gun violence in Philadelphia.
WPVI
By Tamala Edwards 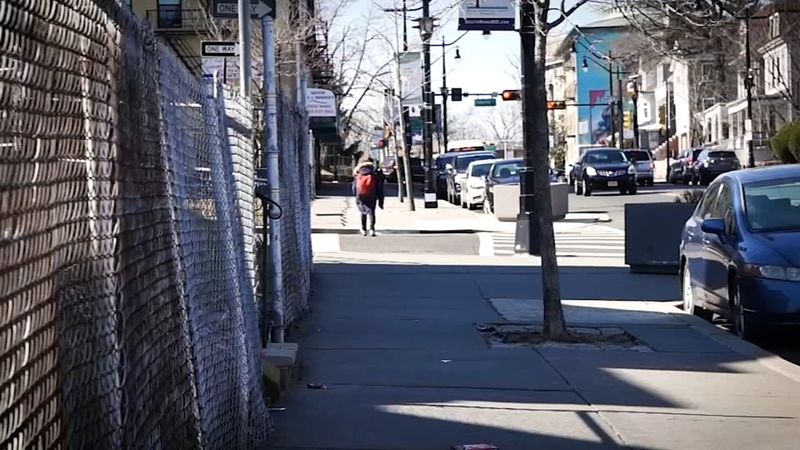 Could a program in NJ's largest city help reduce violence in Philly?

This comes on top of the $184 million Mayor Jim Kenney included this year in his budget for anti-violence initiatives.

But as the shootings and death continue, it is hard to be hopeful. Can anything pull Philadelphia out of this downward spiral?

A successful program in Newark, New Jersey shows us that there might be hope after all.

For 50 years, Newark was a regular on the list of the top 10 most violent American cities.

In fact, the city hit a 60-year low in homicides in recent years.

The Newark City Street Team, and its integrated approach, is getting a lot of the credit for that.

Some members of NCST like Sharif Robbins work on safe passage, standing outside 14 of the city's schools before and after classes. They are sentinels focused on keeping drug dealers away and keeping the peace.

"I've had incidents where there was going to be a fight, and some of the kids come to me and tell me before so I can nip it in the bud," Robbins said. "We call it defusing the bomb." 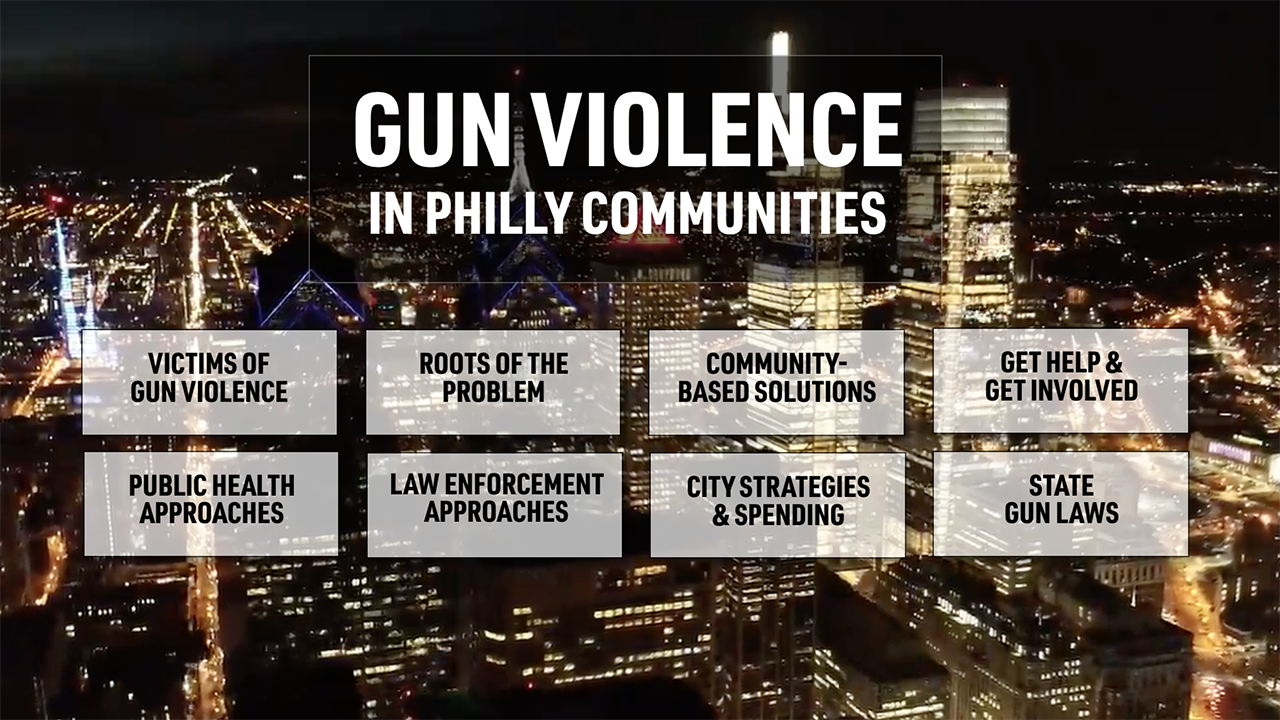 Other team members like Andre Hunter focus on high-risk intervention. His violent criminal past - he did almost six years in prison - would keep him out of most programs.

But that record, and the street cred it brings with it, are exactly why he is valued here: Hunter hears about things before they happen, he can get to anyone, and they respect him enough to listen when he leans on them to think twice.

"The reality is that everybody is going to lose in that situation if it goes too far. You get what I'm saying? Somebody's going to jail, somebody could possibly die," Hunter said.

These efforts are all built on a key third prong: trauma care.

Therapists are available to the community in the group's headquarters while all NCST workers are trained in a simple, powerful truth: They are not ok, life with this much pain and violence is not okay, but they can get better.

Executive director Daamin Durden spent his youth patching his own bullet wounds and beefing in the streets before decades behind bars.

"So I had to find out these things are not normal for a person to experience. So this organization helped me to see there's trauma," Durden said.

He now leads his team to take that powerful lesson into their work, joining the respect they command with trauma-informed safe intervention techniques like knowing to work in pairs, what language to use, and to be ready to put in weeks - if not months- of repeat meetings.

"It wasn't us, just like us, saying 'you stop.' A lot of folks think it's just that. It's a process of many many meetings, many sit-downs, other folks getting upset - that's part of the process," said Durden.

City sources are doubtful about a singular approach working in Philadelphia, a much bigger city, saying they have a variety of programs on deck instead.

But critics tell me those efforts are too fragmented and often lack true, enduring support. Indeed, NCST says its triumph is all about coordination and commitment: its integrated services are strengthened by strong, almost daily involvement from the police and city hall.

In Newark, the numbers had a slight uptick but basically stayed flat.

NCST founder Aqeela Sherills pioneered his techniques first in brokering the gang peace treaty in LA. In 2015, Mayor Ras Baraka asked him to bring his methods to Newark, committing funding and putting his political capital on the line to shield the program from early critics.

"You can't have public safety without the public," said Sherills.

Sherills says his paid workers have to come out of the community, and the uglier the past, the greater their transformative power.

But while he's reached out with one hand to the hardest of men and women, his other hand is extended to another vital partner.

"I'm not the defund guy. I don't believe in the abolition of law enforcement," he said.

Instead, NCST has created a bonded relationship with Newark's police, fostering relationships and their acceptance in the community. They also provide the officers with trauma training to use on the street, and access to therapists to privately deal with their own hardships.

It's turned a once skeptical police force into believers.

"But I think everyone now, at least in our department, has come to see how effective the strategy is. I think everyone has come to wake up to the reality that it is totally unrealistic to expect the police alone to be able to address gun violence," said Newark Public Safety Director Brian O'Hara. "It helps to interrupt cycles of retaliatory violence, repeat victimization, in ways police just aren't trained or equipped to do."

There is a high turnover rate at NCST and Sherills says that's a good thing: the mostly young workers take their training and new life path into other businesses, even sometimes starting their own.

And Sherills is clear: there's no reason this holistic approach couldn't work here.

"Philly is Newark, Newark is Watts, Watts is Chicago. It's all the same thing," he said.

He says he'd dedicate himself to these Philly streets, just like he did in Newak, if we get the three p's: people, paper -- about $3 million a year and a three-year commitment -- and political will.

"I think the people are ready. I think that the money is there. We gotta get the political will together to take the risk to invest," Sherills said.

According to these folks in Newark - who say their journey is far from over but headed in a better direction - it's a risk worth considering.
Report a correction or typo
Related topics:
philadelphiagun violencehomicidebuildingitbettertogethershootingviolence
Copyright © 2022 WPVI-TV. All Rights Reserved.
GUN VIOLENCE
Former Uvalde school teacher grieves for her mentor, students killed
San Antonio artist creates memorial for Uvalde victims
4th grader 'did what she had to to survive' Uvalde shooting, aunt says
Jimmy Kimmel delivers emotional plea for stronger gun-safety laws
TOP STORIES
AccuWeather Alert: Drenching Downpours Tonight
Officials ID 5 killed in Pottstown explosion; most were children
Official admits police made 'wrong decision' in TX shooting
Victim of elementary school attack says it could have been prevented
Police: Store owner robbed, assaulted with brick in North Philly
Dann Cuellar retires after 34 years at Action News
Another Trenton, NJ firehouse hit by gunfire
Show More
Rainy start to Memorial Day weekend at the Jersey Shore
Bank employees help kidnapped woman after she asks for loan
Massacre survivor says gunman told them: 'You're all gonna die'
4th grader 'did what she had to to survive' Uvalde shooting, aunt says
North Penn holds farewell parade for retiring superintendent
More TOP STORIES News