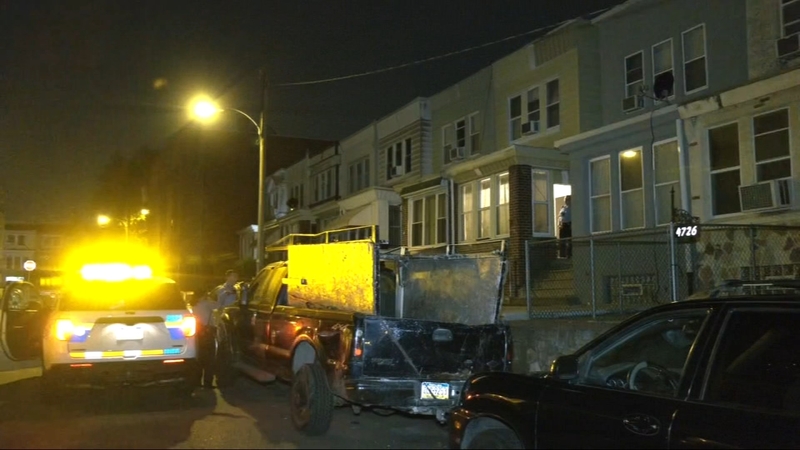 Another violent weekend in the city of Philadelphia

Around 1:30 a.m. Sunday, officers responded to a home invasion in the city's Feltonville section.

Investigators said two men wearing masks forced their way into a home along Rorer Street and demanded money from a man inside.

The suspects shot the man once in the chest.

The victim was taken into emergency surgery.

Philadelphia is on pace for 450 murders; the most in three decades. An Action News investigation takes a look at what's fueling the violence.

READ ALSO: Action News Investigation: What is fueling the gun violence in Philadelphia?

Around the same time of night, a 19 year old was shot five times in the city's Kensington section, police said.

Investigators said the gunfire rang out along East Clearfield Street, just feet away from a makeshift memorial, for a person killed last week.

The man was taken to the hospital where he received emergency surgery. There is no word on his condition at this time.

There have been no arrests made in either case.