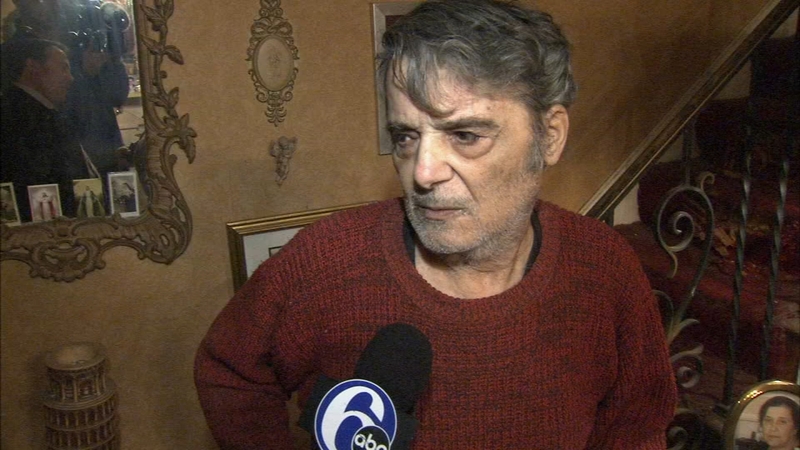 PHILADELPHIA (WPVI) -- Detectives are investigating a home invasion, assault, and robbery of a senior citizen in the Point Breeze section of Philadelphia.

Police say the intruder forced his way into a home along the 1500 block of Carlisle Street around 7 p.m. Thursday.

The 73-year-old victim was robbed of the money he says he had just won at a casino a few days earlier.

"Rang the doorbell. I opened the door and just zoom, pushed me down like an animal," said Ronnie Spano of Point Breeze.

Spano did not know the man who barged through his home and pushed him down to the ground.

He had an object believed to be a gun to his back threatening to kill him.

He says the intruder then bound and gagged him so he couldn't move or make any noise.

Spano says the intruder rummaged through his home and ran off with over $900 he had stashed away.

"I understand if you needed something, just ask. You don't have to throw me on the floor over there and wrap my mouth and this, with duct tape," he said.

Spano says the money was part of $1000 he had just won at Harrah's Casino in Atlantic City on Sunday.

He says word spread around the neighborhood of his good fortune and he thinks that's how the culprit found out.

"I won't forget you, it might take longer, for a year, but I'll get you." Spano said.

We said to Spano, maybe you shouldn't tell people you won money? He said, "Well, thank you."

Spano says the intruder was about 6'2' and wearing a brown plaid jacket.

From now on, Spano says if he wins anything at the casino, he won't tell anyone, and instead of stashing it in his home, he will take it to the bank.