Philadelphia will end 2021 with all-time record number of homicides

Anti-violence advocates say the consequences of this milestone are much larger than the 555 homicides.
WPVI
By Dann Cuellar 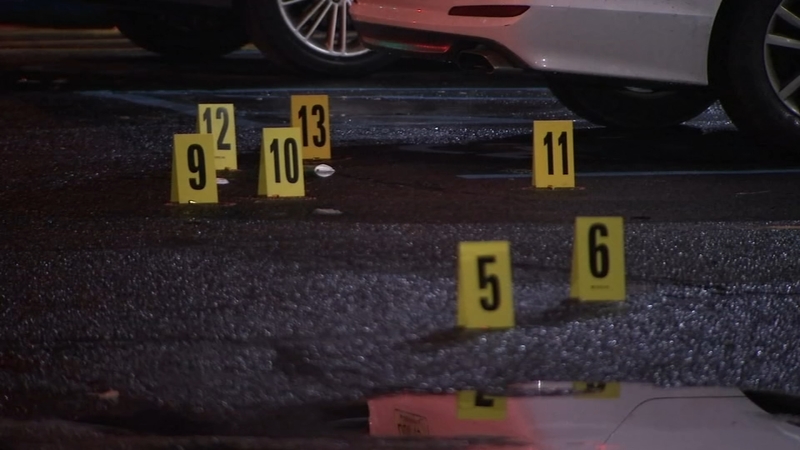 Philadelphia will end 2021 with all-time record number of homicides

PHILADELPHIA (WPVI) -- Philadelphia will end the year with the all-time record number of homicides.

Several key activists say that while some officials have been screaming from the rooftops about the gun violence plaguing the city, nothing is going to change until residents get involved in large numbers.

In one of the latest homicides, a hail of gunfire broke out inside a cellphone store called Techish in the 2600 block of Germantown Avenue in North Philadelphia around 6 p.m. Tuesday.

Police say a 28-year-old man was in the store to pay his phone bill when he was shot by another male wearing all black and a black ski mask after a short altercation.

"He was shot multiple times, (in the) neck, chest and torso. He was completely unresponsive," said Philadelphia Police Chief Inspector Scott Small.

He was taken to Temple University Hospital by medics where he was pronounced dead a short time later.

A semi-automatic handgun and at least 16 spent shell casings were scattered by the doorway.

"(Witnesses) didn't hear any arguing, there was no fight before, according to the employees. They just heard multiple shots in rapid succession," said Small.

Also on Tuesday night, police say a man in his 30s was gunned down while inside a parked vehicle on the corner of 16th Street and Susquehanna Avenue in North Philadelphia around 10 p.m.

According to Small, seven spent shell casings were found at the scene.

Police believe the gunman shot the victim through an open window on the passenger's side of the vehicle.

According to the Action News Data Journalism Team, the latest homicides and at least two others overnight earned Philadelphia the dubious distinction of recording its highest homicide number in a year based on police data going back to 1960.

"I am deeply troubled and simply saddened in regard to this milestone we have reached," said Marla Davis Bellamy of Philadelphia CeaseFire, a violence intervention program.

Anti-violence advocates say the consequences of this milestone are much larger than the 550 plus homicides.

Philadelphia police said a mother was hit by a stray bullet during a shooting that killed one man and injured another in Kensington.

"It means the families that are gonna go without that person that they love, and it means living in a city that no longer feels safe," said Adam Garber of CeaseFirePA.

Even as the numbers started trending this way beginning in early summer, advocates feared that we were witnessing a pandemic of another kind.

"I think this violence problem we have in this city is operating very much like an infectious disease," said Bellamy.

City officials began budgeting millions of dollars to help address the problem, but advocates argue that large numbers of residents also have to get involved.

"Our faith leaders, everyone has to be engaged and involved in this," said Bellamy.

"And that's gotta start, not only with the city providing the financial resources, but helping coordinate the response on the ground," said Garber.

Bellamy says many parents know their children are involved in high-risk activity but don't know what to do.

She says her organization is trying to address that.