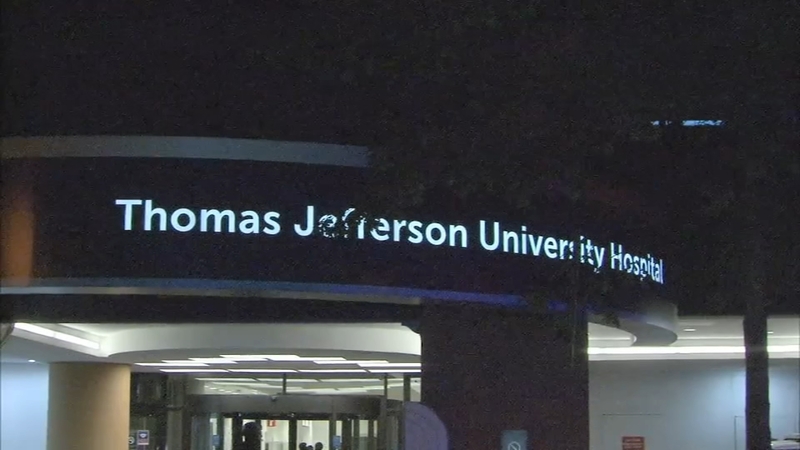 PHILADELPHIA (WPVI) -- A nursing assistant who allegedly shot and killed a coworker inside Jefferson University Hospital in Philadelphia has been charged with murder, attempted homicide, aggravated assault and other related charges.

According to police, 55-year-old Stacey Hayes drove to the hospital around 12:08 a.m. Monday in a U-Haul, walked to the ninth floor wearing blue scrubs, and fatally shot his coworker, 43-year-old nursing assistant Anrae James.

Surveillance video reportedly shows Hayes walk up behind James and open fire while he was seated at his work station, according to sources. Hayes then allegedly kept firing as James tried to run away.

Action News spoke with a Jefferson Hospital patient who said she was on the same floor where the shooting occurred.

"I heard the gunshot, 'boom!' Right behind me, and I started smelling that stuff that comes out of the gun," she said. "When I smelt that, I was getting ready to jump out the bed."

Hayes, who police say was armed with multiple weapons, then fled the hospital in the U-Haul. 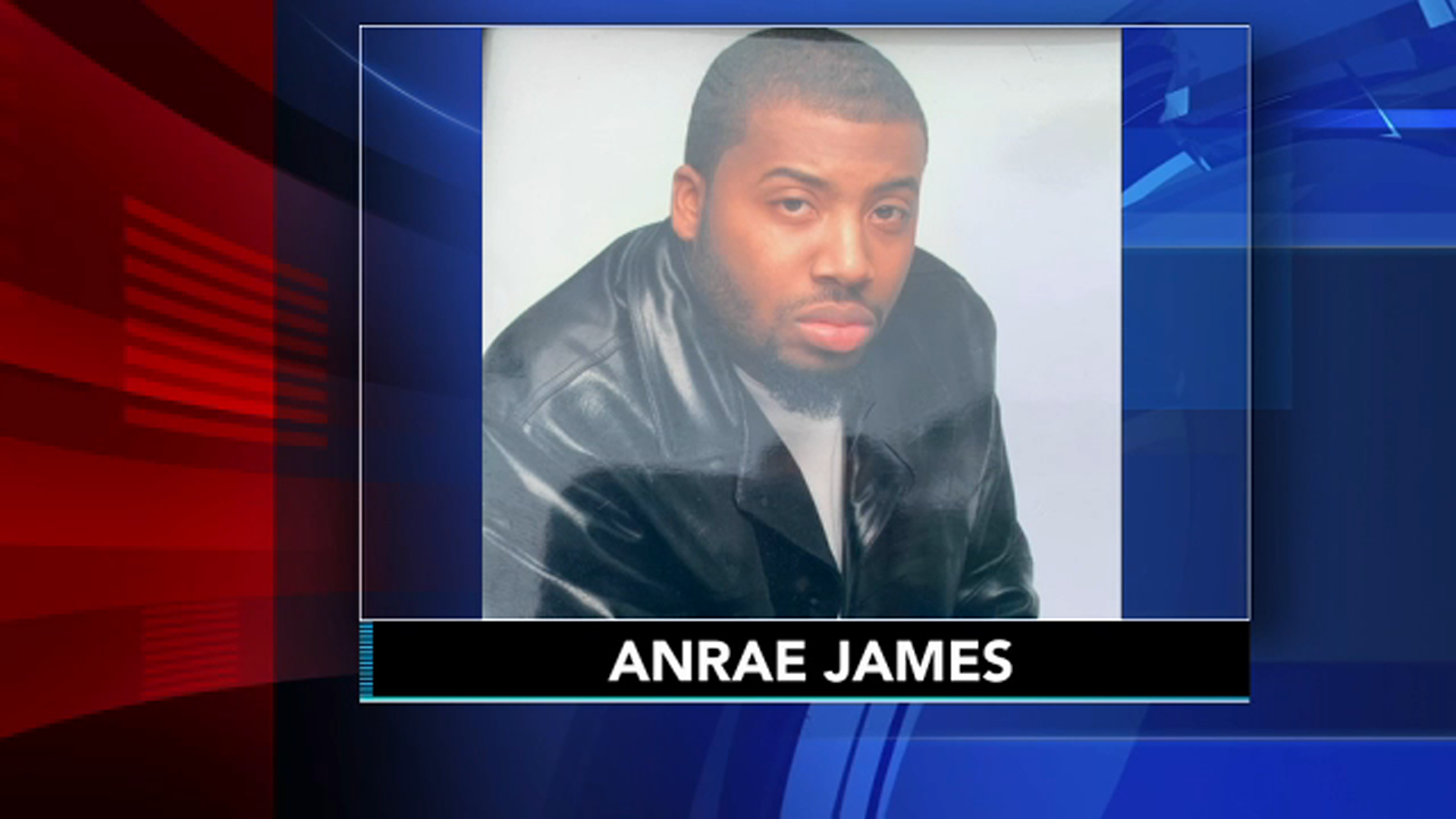 Philadelphia Police Commissioner Danielle Outlaw said James was pronounced dead a short time after the gunfire erupted inside the hospital.

The commissioner said it is not clear if the suspect was working at the time. He possibly accessed areas that only employees can enter, Outlaw said.

"We do believe that other employee was targeted," Outlaw said. "The reasons why, at this point, we still don't know."

"At Jefferson, ninth floor, saying there's an employee shot. Be advised, inside Jefferson Hospital, we have an active shooter. It's going to be on the ninth floor. They've got a male with scrubs and a mask. Ninth floor, nine west," the transmission said.

It business as usual at Jefferson University Hospital just hours after a deadly shooting took place.

Outlaw said around 1:25 a.m., approximately an hour after the shooting, 16th district officers were flagged down by a passerby at 40th Street and Parkside Avenue in the Parkside section of the city, near the School of the Future. The school is about four miles from Jefferson Hospital.

"The report was that there was a male in scrubs, with a weapon or a long gun, who was potentially firing rounds in the air or just had a gun," Outlaw said.

According to police, the officers ordered the male to "drop the gun" several times, but he ignored their verbal commands and discharged his rifle towards the officers. Four of the officers returned fire. Two officers were struck by the gunfire.

A 30-year-old officer was hit in the right elbow. He is in stable condition at Penn Presbyterian Medical Center.

Two Philadelphia police officers were injured in a gun battle with a suspect who shot and killed a coworker in Jefferson Hospital, authorities say.

A 32-year-old officer was struck in the nose and was treated and released from Penn Presbyterian.

Both officers have been on the force for six years. The other two officers who discharged their weapons were not hit by gunfire.

The suspect was struck in the upper body and neck, Outlaw said.

"We learned that he was wearing body armor, and was carrying multiple weapons. In addition to the long gun which was believed to be an AR-15, he was also carrying some form of a semi-automatic handgun," Outlaw said.

The suspect was taken to Penn Presbyterian Medical Center in critical condition but is expected to survive.

What we know about Stacey Hayes

The suspect's family told police he was recently suffering from mental health issues.

Sources say Hayes was known to police and had weapons taken away from him for psychiatric reasons. He petitioned the courts last year to get those weapons back and was successful.

Neighbors say Hayes was no longer living with his wife and children at their Parkside home, and sources say he appeared to be living out of a U-Haul truck.

"Today, we mourn our colleague who died early this morning during a gun violence incident at Thomas Jefferson University Hospital. There is a flood of sadness for all of us. Our hearts are broken as we stand together to remember our colleague and recognize his teammates who tried to save him and protect other patients in the area. We also value the bravery of our security guards, as well as Philadelphia police who were injured in apprehending the suspect. You are all heroes.

We stand united against violence. Today, we stand with each other, offer an extra measure of grace to each other, and encourage employees to reach out for help if they, or a colleague is in distress.

As with all Jefferson facilities, we have comprehensive, consistent security measures and processes in place to ensure the safety of our patients, students, staff and visitors. Each Jefferson location has policies, procedures, ongoing training and drills to mitigate safety risks. Jefferson does not permit weapons on any of its campuses.

In light of this tragic incident, we are offering counseling support for impacted employees and patients. We will continue to work closely with law enforcement during their investigation.

We are also very proud of the professionalism and dedication of our colleagues, who despite this tragic incident, continued to carry out their duties taking care of their patients and each other.

Safety and security is a top priority for Jefferson. A thorough review will take place to ensure best practices in our safety protocols for all Jefferson facilities."

"I want to acknowledge and commend the work of the first responders and police officers who responded to the horrific incident overnight at Jefferson Hospital. Their quick response in finding the perpetrator stopped this situation from escalating further. Tragically, one Jefferson employee was killed and two officers were badly wounded-my prayers are with them and their families. Early this morning, I visited with the officers to thank them for their heroic work and wish them a speedy recovery. The Philadelphia Police Department is conducting a full investigation. This is yet another example of weaponry that is far too powerful being in the hands of people who shouldn't have access to them. We need common-sense gun laws to stop these tragedies that have become all too frequent."

The hospital shooting comes days after deadly gunfire inside an office building in the Logan section of the city. The victim, 25-year-old security officer Nassir Day, was shot in the head. He was pronounced dead at the scene.

Day worked at Pathways to Housing, which provides services for the homeless.

Police found the suspect, 59-year-old Wayne John Dorylis, armed with a large knife and took him into custody without incident.

"What can I say about this happening in such a short proximity of time? The good news is that we have both suspects in custody," Outlaw said.

She continued, "When you think about this, this is something that you would typically see in a movie or in or on TV series. I'm just happy, we're all happy, that the injuries tonight, didn't exceed further than what they could have been."

Early this morning, another active shooter took a person's life in our city. My thoughts are with the family of the victim, and our 4 courageous @PPD16Dist officers - 2 of whom were shot and wounded while apprehending the suspect. Their selflessness and bravery saved lives. pic.twitter.com/IbWH1h5dP1