"John is a hero who was taken from us too soon," said officer Robert Hoppe.
WPVI
By Beccah Hendrickson and 6abc Digital Staff 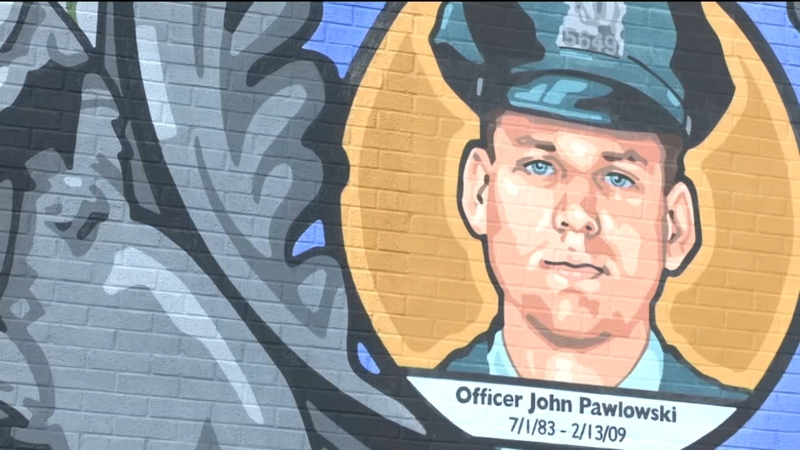 PHILADELPHIA (WPVI) -- Philadelphia police held a vigil Saturday to remember one of its own who was shot and killed in the line of duty 13 years ago.

Officer John Pawlowski was murdered while responding to a robbery call in 2009; at the time, his wife was five months pregnant.

"John is a hero who was taken from us too soon," said officer Robert Hoppe, who worked with Pawlowski and now serves as the community relations officer for the 35th district.

"All of us gathered here today proves heroes live forever," he said.

"That always makes me feel warm in my heart that after all these years that people still come out and honor him," Pawlowski's wife, Kimberly, told the crowd.

"When we signed up for the job, we knew the dangers, the hidden dangers...It doesn't stop us," said Captain Myesha Massery, who leads the 35th district.

That danger is still very prevalent. A SWAT officer was shot in North Philadelphia Friday. Nationwide, at least five officers have been shot and killed in 2022.

"It's traumatizing. It's rough for yourself and other officers, trying to figure out what's going on, and you're praying and hoping the officer is going to be ok," said Hoppe.

Police say that's why it's so important to continue honoring officers like Pawlowski.

"It is true. You guys always say you'll never forget and you really don't," said Kimberly.

It also shows Pawlowski's now 12-year-old son Johnny-- that while his dad isn't here, his memory is very much alive.

"Obviously has a lot of him inside of him. It's really cool to see now as he's getting older, but it also pulls at your heart a little bit," said Kimberly.

Pawlowski is also memorialized in a mural on the side of the 35th district. Along with other officers killed in the line of duty.