Police say the deputy, who was assigned to the bike unit, was hit by a black SUV traveling southbound on 10th.
WPVI 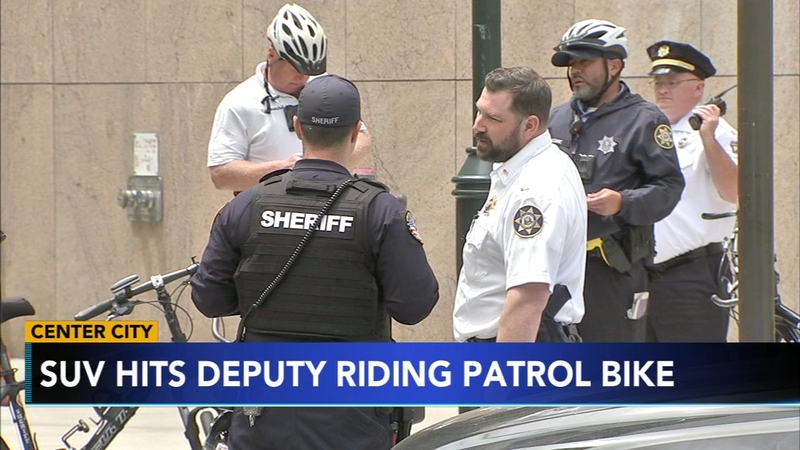 PHILADELPHIA (WPVI) -- A Philadelphia sheriff's deputy is recovering in the hospital after being struck by a hit-and-run driver in Center City on Wednesday.

It happened just after noon at the intersection of 10th and Filbert streets. 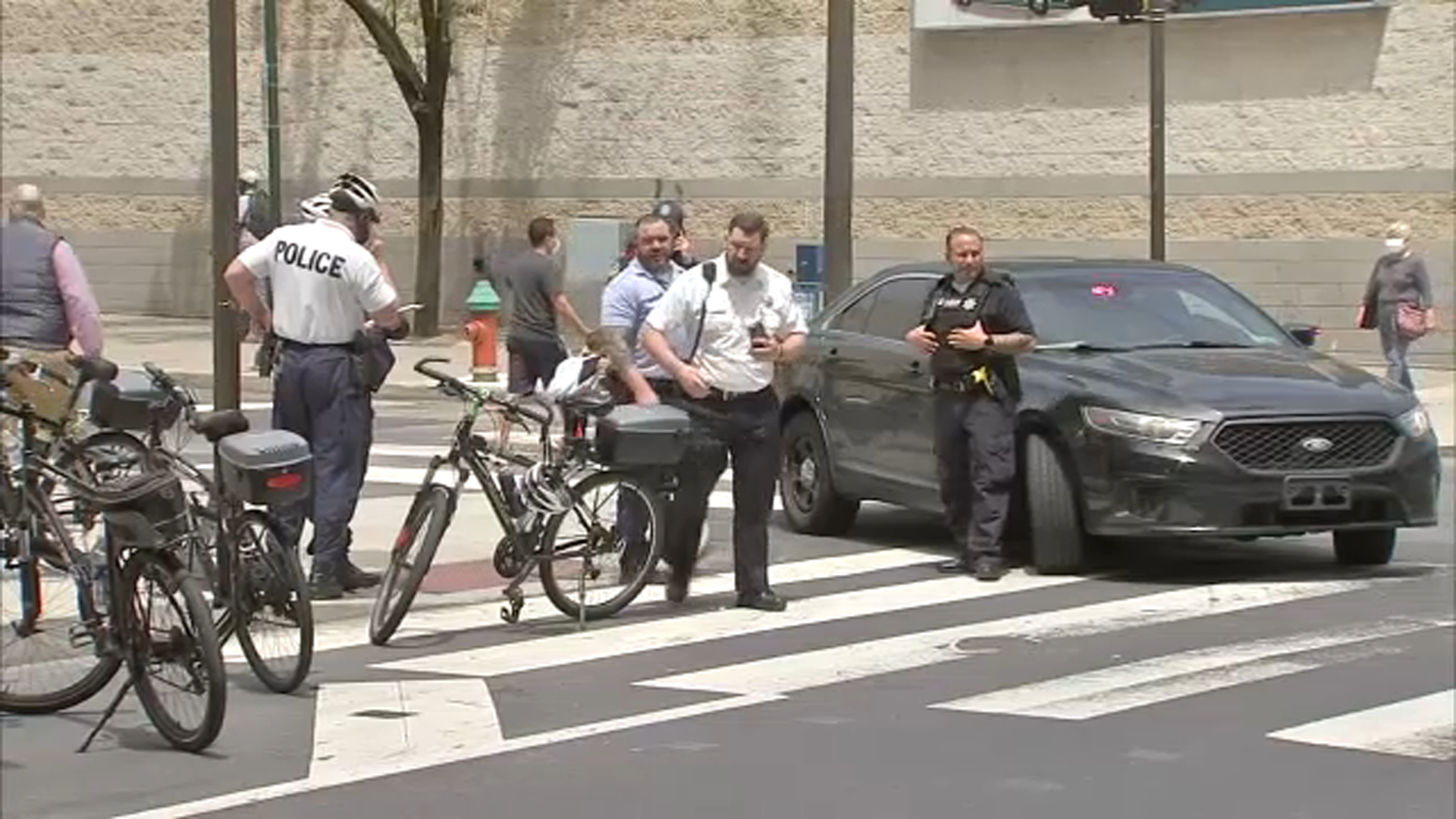 Police say the deputy, who was assigned to the bike unit, was responding to a call when he was hit by a black SUV traveling southbound on 10th.

"He was hit pretty hard. He went up on the hood of the vehicle and then on the ground. His partners quickly got him to the hospital," she said.

The vehicle was last seen heading eastbound on Market Street.

Bilal said people in the area who came to assist managed to get the tag number of the vehicle, the make and the model.

There was no word on any arrest, but Bilal said the vehicle was "being watched at this moment."

The deputy was taken to Thomas Jefferson University Hospital and placed in stable condition.