As the suspect announced the robbery, the Brinks driver pulled out a gun and opened fire.
WPVI
By 6abc Digital Staff 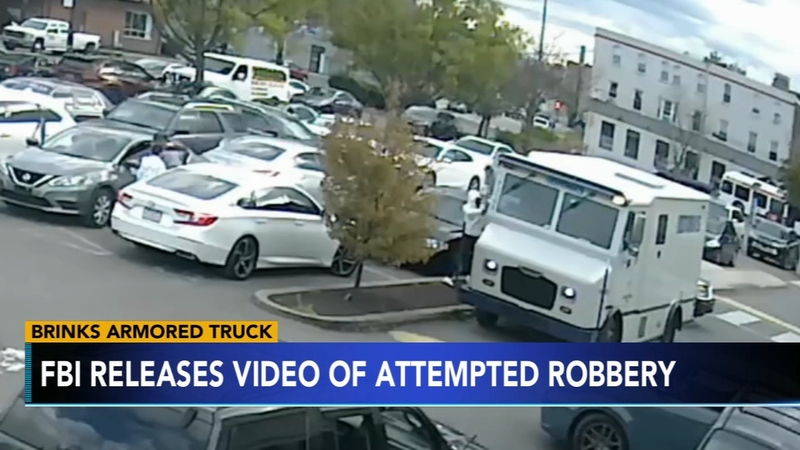 PHILADELPHIA (WPVI) -- The FBI released surveillance video showing the moment a gunman tried to hold up a Brinks Armored truck in North Philadelphia.

It happened around 4:30 p.m. Monday along the 1900 block of North 5th Street, in a crowded parking lot of the Cousin's Supermarket.

Cameras show a 2017 Nissan Altima drive up near the truck.

When the guard walks to the vehicle, you see the would-be thief jump out and run toward him with a gun.

As the suspect announced the robbery, the Brinks driver pulled out a gun and opened fire.

Officials say the suspect attempted to rob the armored truck driver but he wasn't expecting the driver to be armed.

Police said the attempted robber did not get away with anything, and no one was hurt.

Anyone with information on the attempted robbery should contact the FBI.