Violent night: Man gunned down while carrying baby; 7 others injured in shootings

The 30-year-old victim, who is believed to be the uncle of the baby, collapsed onto the sidewalk after being shot four times.
WPVI 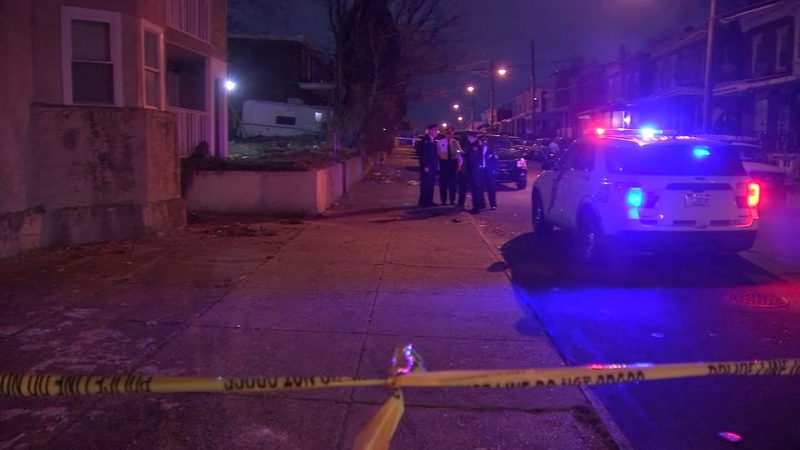 PHILADELPHIA (WPVI) -- An explosion of gunfire claimed the life of a man holding an infant and injured seven others across the city of Philadelphia on Tuesday night.

Police said 30-year-old Stephen Hoston was standing on the sidewalk holding a baby in a car seat when he was shot four times. It happened around 7 p.m. near Hawthorne and Harrison streets in the city's Frankford section.

Hoston, who is believed to be the baby's uncle, collapsed on the sidewalk. He was rushed to an area hospital where he later died.

"We found five spent shell casings. He was hit in the face, the neck, the chest and lower back," said Philadelphia Police Chief Inspector Scott Small. "He appears to be the targeted individual of the shooting."

The baby was not injured.

"We're very, very lucky that that child was not struck by gunfire," added Small.

No arrests have been made at this time. Police say the shooter may have fled in a nearby vehicle.

Several other shootings under investigation

Seven others were injured in three separate shootings on Tuesday night.

Officers found the 21-year-old victim, who was reportedly hit by stray gunfire, near the 3000 block of Page Street. Roughly 17 spent shell casings were found about a block away.

Authorities said an 18-year-old victim was found on the 1400 block of Corlies Street suffering from multiple gunshot wounds. He told police he was shot near the 3000 block of Page Street.

And police said the 17-year-old male also showed up at the hospital in connection with the shooting on Page Street. He is being held as a prisoner.

Around 8:30 p.m., three men were shot during a party on the 4800 block of Lawrence Street. Police said a gun battle broke out between two groups of people outside of a home.

Two 39-year-olds and a 40-year-old were hit by gunfire. One of the victims was placed in stable condition and two others were listed as critical, according to police.

Earlier in the day, Philadelphia police responded to a home on the 2300 block of 77th Avenue where an 80-year-old grandmother was accidentally shot by three teens handling a weapon.
EMBED More News Videos

According to police, the victim's grandson and his two friends were playing with a gun when it discharged.

According to police, the victim's grandson and his two friends were playing with a gun in a second-floor bedroom when the weapon discharged and hit the woman who was in a wheelchair on the first floor.

The woman is expected to survive. Police are still working to determine who fired the weapon.

"This could have been very tragic. You got a grandmother sitting in her living room just enjoying the day and takes a bullet through the floorboards," said Captain John Walker with the Philadelphia Police Department.