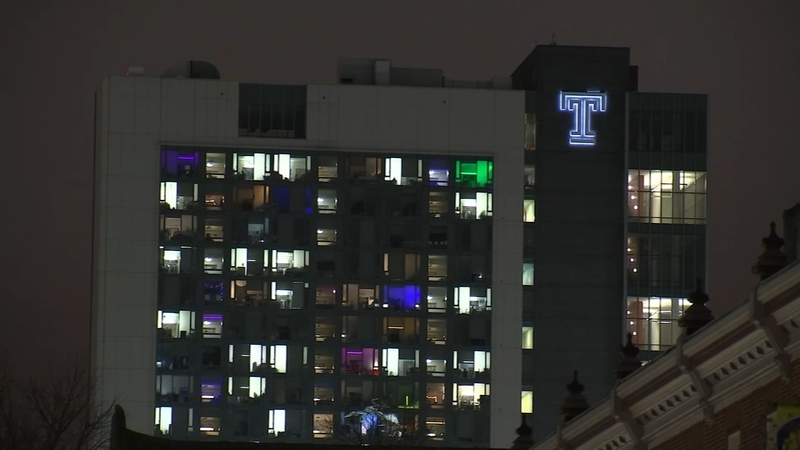 PHILADELPHIA (WPVI) -- Temple University is continuing to ramp up efforts to keep its community safe amid a wave of gun violence in Philadelphia.

On Wednesday night, the university announced new steps to help curb the crime, including providing assistance to help students relocate to campus and a grant program that would help nearby homes install security cameras.

Jasmin Jackson, the owner of JNS Protection Services, said her company's role is to supplement the efforts of the Temple University Police Department by deterring crime and reporting any suspicious activity.

"We want to let them know we are there. We are there to work together," Jackson said.

Late last year, the community was rocked by the murder of 21-year-old Samuel Collington, who was killed during a robbery near campus.

And just last week, Philadelphia police arrested a 15-year-old male after he allegedly opened fire on four girls inside a vehicle near Temple. Two victims were shot in the incident but are expected to survive. They were not students of the university.

According to Senior Vice President and Chief Operating Officer Ken Kaiser, the university met with Mayor Jim Kenney and Philadelphia Police Commissioner Danielle Outlaw this week to discuss a full spectrum of strategies to address the crisis of gun violence.

The university is also partnering with former Philadelphia Police Commissioner Charles Ramsey to audit campus safety. That is set to begin next month.

You can read more on the series of new steps being taken by the university below:

A teenager who police say fired into an occupied car near Temple University is believed to be responsible for other shootings in the city.