The app aims to stop shootings before they happen by using community mediators like Rev. Harrod Clay, Jr.
WPVI
By TaRhonda Thomas and 6abc Digital Staff 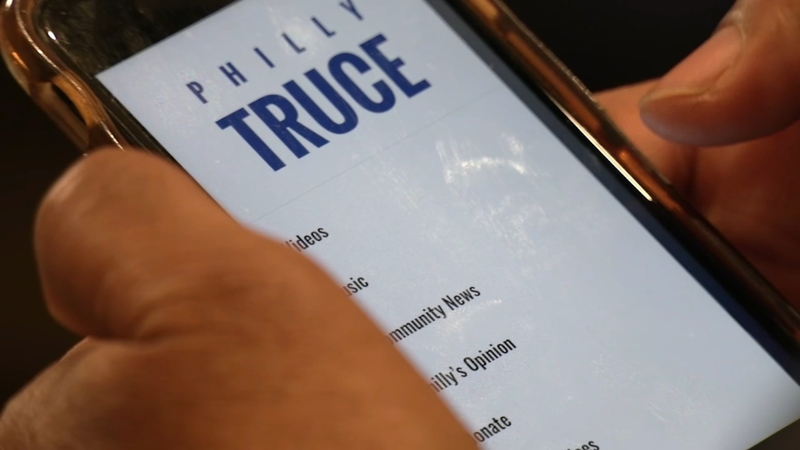 PHILADELPHIA (WPVI) -- A dispute between two young men is leaving one mother fearful that it could cost her son his life.

However, she has hope that the issue can be solved by an app that's celebrating its one-year anniversary.

"I've been on the other side," said Theresa Guyton of the loss of her oldest son to gun violence in the streets of Philadelphia.

"My oldest son was murdered. January 31, 2020. He was shot eight times in the back," said Guyton. "His murder is still unsolved."

Her heartache has made Guyton, a mother of five, determined not to lose another son.

"He has to end this! He has to stop," she says of another son who is involved in the conflict with another young man.

Her son's future is now in the hands of Mazzie Casher, director of Philly Truce and co-creator of the Philly Truce App, which debuted on May 1, 2020.

"Much of the violence among young people is retaliatory, and therefore, it's always being planned from the day that body drops. Which means people know," said Casher.

Those are the people Philly Truce wants to hear from.

The app aims to stop shootings before they happen by using community mediators like Rev. Harrod Clay, Jr.

"The reason we're seeing violence on the level we're seeing it is because people have differences that they have not learned to negotiate," said Clay, who is pastor of The Ship Church in South Jersey.

The conflict involving Guyton's son is one that Philly Truce has been working on for more than a year.

"This is a situation that could affect a better part of West Philadelphia," said Casher.

Negotiations were going strong, but they fell apart just before the two young men, who are both imprisoned, were going to meet at a neutral prison site.

In the meantime, canceling the truce meeting has already had a negative impact. Casher believes several shootings this year are a result of the conflict not being resolved.

The two young men's willingness to cooperate has also been impacted.

"They both started to back away from the process," added Casher, who says that Philly Truce is still trying to bring both sides to the table.

Guyton is a part of that process.

Unfortunately, Rev. Harrod has seen other young people back away from negotiation due to pressure from the streets.

Harrod described what young people have told him.

"My street credibility is going to be shot if someone finds out that I'm actually working to resolve something because the way we resolve it on the street is we pull up and we start shooting," he said.

There's also the worry of whether one party won't agree to a truce.

"My son is like, 'Mom, if I chill, what if he don't chill? Then I still got to watch my back,'" she said of a conversation with her son.