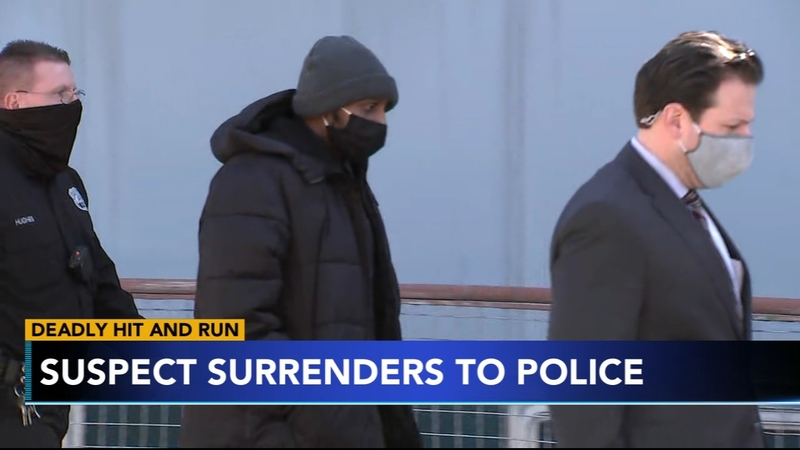 PHILADELPHIA (WPVI) -- Philadelphia police say a man wanted in connection with a deadly hit and run in West Kensington last week is now in custody.

44-year-old Edward Prince was accompanied by his attorney when he turned himself into the police Wednesday afternoon.

Police say Prince was behind the wheel of a blue SUV that hit and killed 60-year-old Roberto Oquendo along the 3300 block of North 2nd Street last Wednesday night.

Prince is being held on homicide by vehicle and related charges.

Philadelphia police have identified a suspect wanted in connection to a deadly hit-and-run Wednesday in West Kensington.

Authorities suspect that Prince got out of his vehicle and looked at the victim before fleeing from the scene.

Police were called to the 3300 block of North 2nd Street just after 11 p.m. Wednesday.

The victim's family is hoping the driver of the striking vehicles comes forward and surrenders to police.

"My mom is suffering from this. We are all suffering. We lost a human being, our brother," said Brunilda Rodriguez, one of the victim's sisters.

The sisters said their brother was deaf and non-verbal but knew the West Kensington neighborhood well.

Police said the victim lived one block from the crash scene for more than 30 years.

Neighbors said Oquendo will be missed.

"I grew up around here. He's been around all my life. He's sweet. He'd never hesitate to help people. He'd help children cross the street," said neighbor Michelle Johnson.

The victim was found in the middle of the road near speed bumps and signs warning drivers to slow down.

Several witnesses told police that Roberto Oquendo was trying to cross N. 2nd between Ontario and Westmoreland streets when the driver struck him and kept going.

"The victim was hit with so much force that he came out of both his sneakers," said Philadelphia Police Chief Inspector Scott Small.

"We're getting information that the driver of the striking vehicle may have exited the vehicle, walked up, looked at the body and then got back into the vehicle and continued southbound on 2nd Street," said Small.
Report a correction or typo
Related topics:
philadelphiahit and rundeaffatal crashhit and run accident
Copyright © 2021 WPVI-TV. All Rights Reserved.
HIT AND RUN 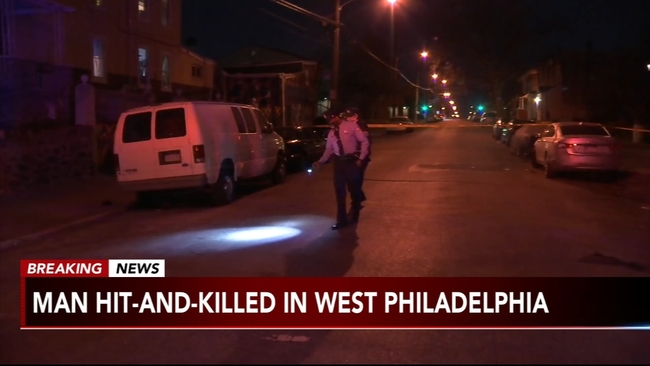