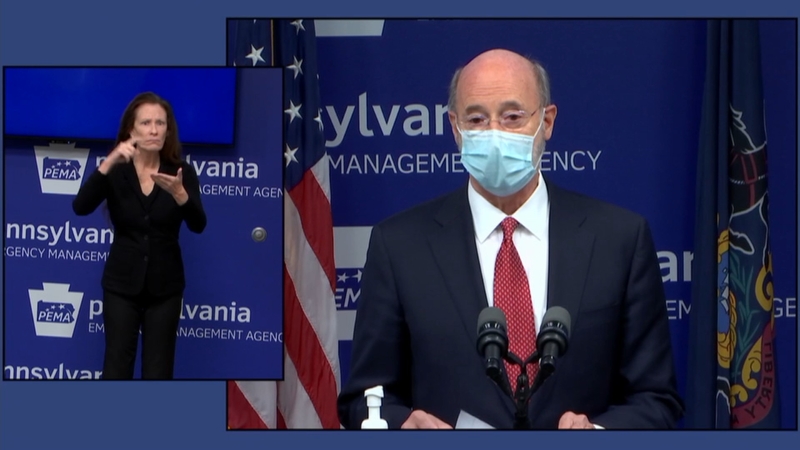 HARRISBURG, Pennsylvania (WPVI) -- Pennsylvania Governor Tom Wolf, along with Secretary of State Kathy Boockvar and Philadelphia City Commissioner Al Schmidt, held a press conference on Monday to assure the people of Pennsylvania that the state had a free, fair, and secure election.

This comes as Congress is counting Electoral College votes in Washington.

The Pennsylvania officials stressed that all efforts by Congressional Republicans to overthrow the election results must be rejected.

"Republican members of the Pennsylvania Congressional delegation plan to object to the counting of Pennsylvania's electoral votes by claiming the election was compromised, and that our electoral votes are suspect," said Governor Wolf. "This is an outrageous lie, and they are undermining our democracy by recklessly repeating that lie to deceive the American people."

Governor Wolf said allegations of fraud and illegal activity in the 2020 election have been repeatedly dismissed by the courts, adding that the attacks are baseless.

"Pennsylvania held a free, fair, and secure election, with extraordinary transparency at every stage," said Secretary of State Boockvar. "We are so thankful to the election officials and poll workers, Republican and Democrat, who worked tirelessly amidst the global pandemic so that eligible voters could exercise their fundamental right to vote. Thanks to these dedicated workers, millions of Pennsylvanians of every political party participated in record numbers and had their voices heard."