WPVI
NEWARK, New Jersey (WPVI) -- Federal prosecutors decided Wednesday not to retry Sen. Bob Menendez on corruption charges that ended in a hung jury last fall, lifting the legal cloud hanging over the New Jersey Democrat as he gears up for re-election this year to the closely divided Senate.

The move brings to an end a more than five-year investigation that began with never-substantiated allegations about consorting with prostitutes and eventually resulted in a bribery indictment.

Menendez, 64, was charged with trading his political influence for gifts and campaign contributions from Florida eye doctor Salomon Melgen, 63. Their 11-week trial ended in November with the jury deadlocked.

"From the very beginning, I never wavered in my innocence and my belief that justice would prevail," Menendez said in a statement. "I am grateful that the Department of Justice has taken the time to re-evaluate its case and come to the appropriate conclusion."

Prosecutors had said on Jan. 19 that they would pursue a retrial, but they abandoned the case after the judge last week threw out the bribery charges related to the campaign donations. Eleven charges remained, including bribery, fraud, and conspiracy.

The Justice Department didn't immediately comment on the reasons for the change in course but mentioned the judge's ruling in its two-sentence memo Wednesday.

Though the case weakened Menendez's poll numbers, he retained the full support of the major Democratic players in New Jersey, including Gov. Phil Murphy. Wednesday's development further solidified his chances in a state that hasn't elected a Republican senator since the 1970s and where Menendez won by nearly 20 points in 2012.

"It's game over," said Patrick Murray, director of the Monmouth University Polling Institute. "The case is literally closed, not just in federal court but also in terms of its impact on the campaign."

Melgen was convicted separately in Florida last spring in a Medicare fraud case that prosecutors amounted to more than $100 million. They are pressing for a 30-year prison sentence.

The investigation of Menendez dated to late 2012 after a story appeared on a conservative website claiming Menendez and Melgen consorted with prostitutes at Melgen's home in the Dominican Republic. Three women later recanted and said they were paid to make the false claims.

The probe widened to examine the relationship between the two men, who have known each other for more than 20 years.

They were indicted in 2015, accused of operating a scheme in which Menendez used his clout in exchange for trips on Melgen's private jet to his Dominican resort, a Paris vacation and other inducements.

The senator's attorneys argued Melgen's gifts were tokens of friendship, not bribes.

Jurors told reporters as many as 10 members of the panel were in favor of acquittal on all counts, leading many to speculate the government wouldn't pursue a retrial.

In throwing out some of the bribery charges, U.S. District Judge William Walls said the government failed to show there was an explicit quid pro quo, or "this-for-that" agreement, connecting the campaign contributions and Menendez's actions.

Menendez served in the House from 1992 to 2006, taking over Jon Corzine's Senate seat when Corzine became New Jersey governor. Menendez is a former chairman of the Senate Foreign Relations Committee. 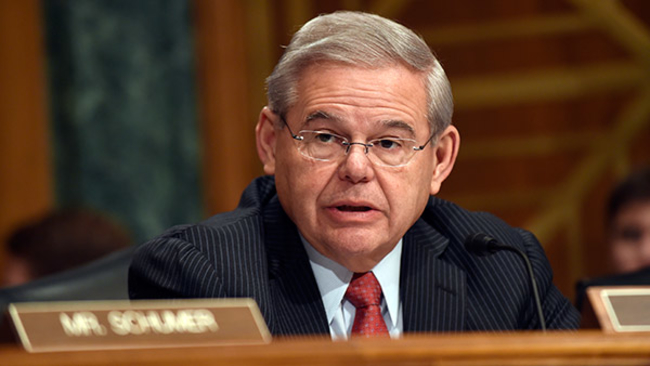 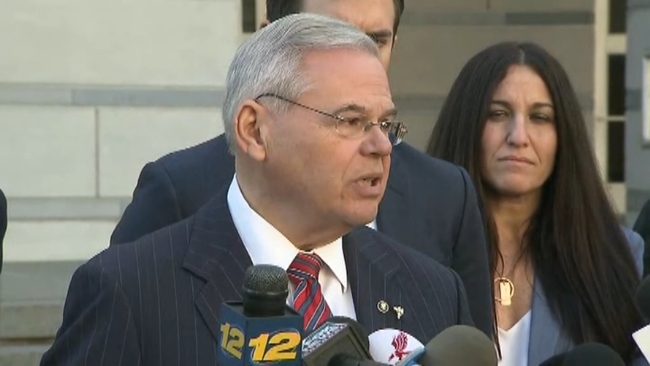 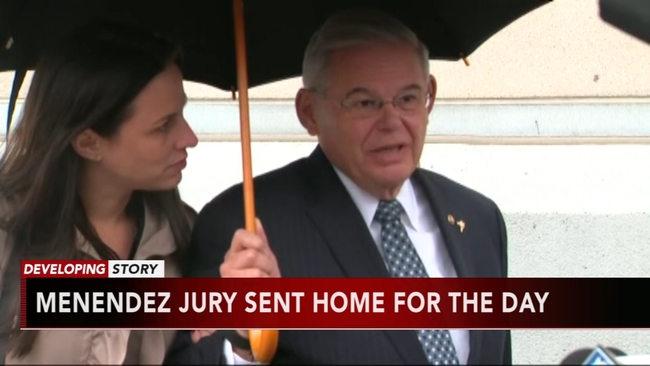