WPVI
By LA Blake
1 / 22
UPDATE: The Haleys shared that, ''at 6:15AM, after meeting his entire family and being baptized into the Catholic faith, baby Shane died peacefully in his Mother's arms.''
Photo/Facebook, Prayers for Shane
A little boy with a birth defect that won hearts across the Internet has passed away.

Shane Haley was born at 2:25 a.m. Oct. 9 and died at 6:15 a.m. His father updated the Facebook community, Prayers for Shane, that was built as support for him grew.

He posted the news along with more photos of Shane: 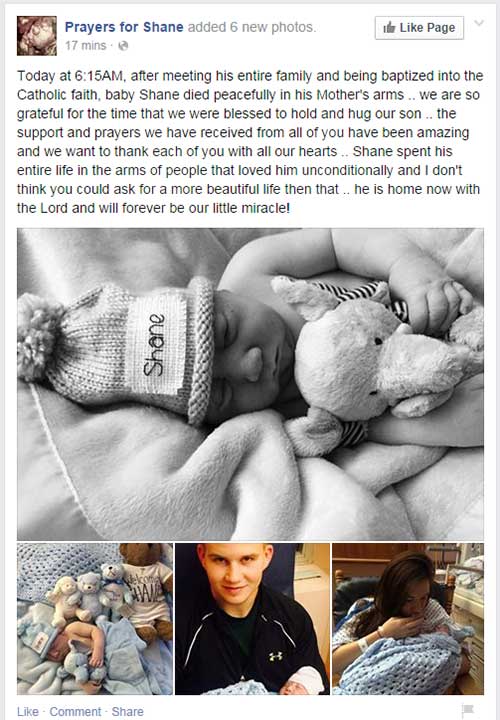 The 'bucket list baby' went viral when Dan and Jenna Haley created a Facebook page to chronicle their journey to make the most of their time with their unborn son, Shane.

Shane was born at 2:25 a.m. Thursday. Dan announced the news on Facebook, assuring well-wishers that both mom and baby are doing well. This was soon followed by pictures of the new family. 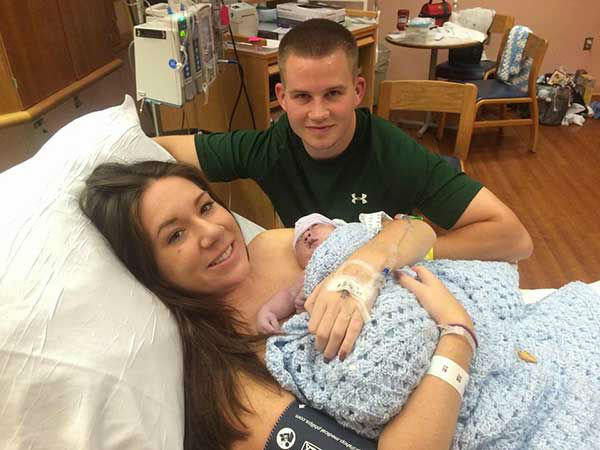 Earlier this year, Shane was diagnosed with anencephaly, a complex neural defect that kills most infants soon after birth. Despite this, his parents wanted to make the most of their brief time with him and made a "bucket list" of their favorite activities, which they then completed before the baby's birth.

The Facebook page began as a way to share their adventures with friends and family, but quickly escalated into a viral sensation.

Speaking with 6 ABC Action News about the page's popularity, Dan said, "Even though he hasn't even been born yet, he's obviously made his mark already on the world."

Dan has been updating the Facebook page regularly since Jenna went into labor, and each post has been met by words of encouragement from the family's many Facebook followers.

Wednesday morning, Dan posted a photo of Jenna at the hospital with the accompanying message, "Jenna and Baby Shane are both doing well after a long night. He's enjoying his last couple days in his momma's tummy and has been very active .. the doctors will begin administering Pitocin within the next two hours to help induce labor! .. I'll update again when little Shane decides he's ready to come!" 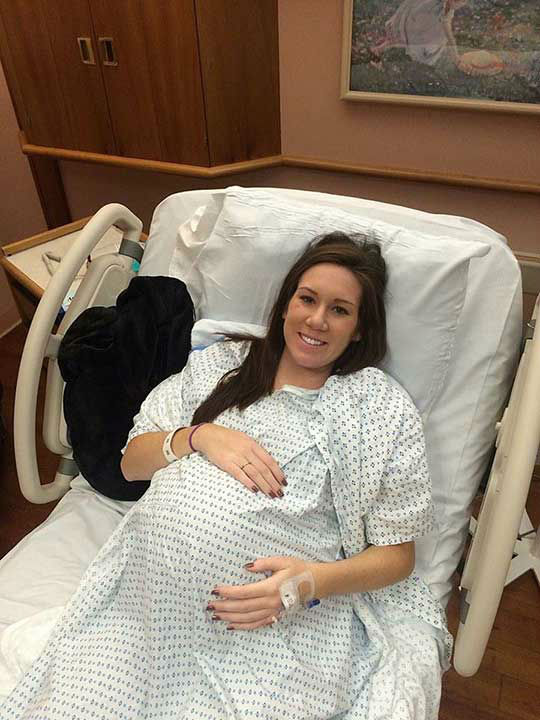 Update: The Haleys posted to Facebook that 'bucket list baby' Shane will likely be born on Wednesday.

Late Wednesday afternoon, Dan posted another update that Jenna was still in labor but the both mother and child were doing well.

The "Prayers for Shane" Facebook page has nearly half a million followers, and the Haleys' news has been widely shared and liked by their well-wishers.