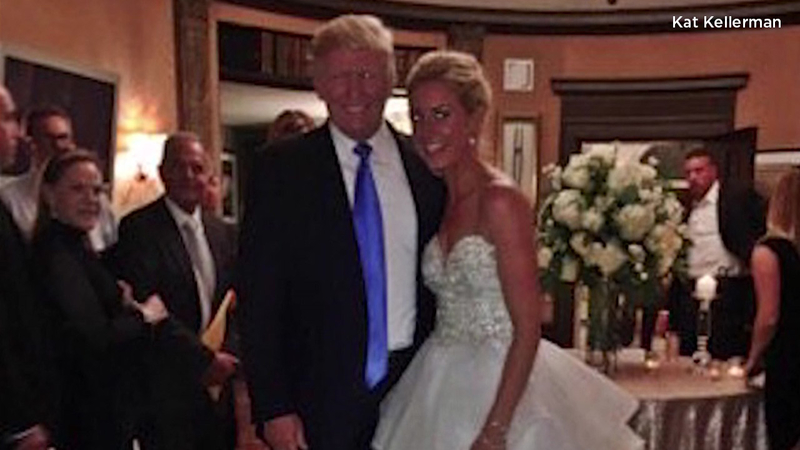 The wedding party clapped and cheered when he showed up at his Trump National Golf Club in Bedminster. See video of the surprise in the player above.

It appears that Trump is not related to the newlyweds -- and they had no idea he would be there.

The bride ran over and hugged the president, who later posed for a picture with her.

See photos of President Trump with the bride and groom after he crashes a wedding in New Jersey.

Trump also signed a few "Make America Great Again" hats and gave them to the guests.

He received a mostly positive response from the guests, with some yelling out, "Looking good, Donald." The crowd then chanted "USA, USA," as he left the room.

Trump has been known to stop in on weddings held at the golf club in the past.

He has been spending the weekend at the club and holding a major fundraiser there for a Republican congressman who helped revive their party's push to dismantle the U.S. health care law.