"How to mitigate climate change is one thing. We are now facing a difficult problem," said Dr. Syukuro Manabe.
WPVI
By Ashley Johnson and 6abc Digital Staff 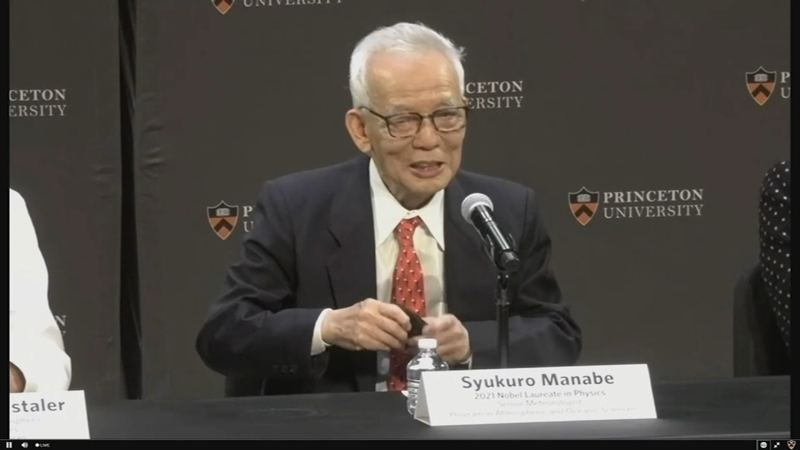 The two were praised for their groundbreaking contributions to understanding complex physical systems and predicting global warming.

"No better prize established through the generosity and farsightedness of Mr. Nobel," Manabe said.

The Princeton professor was acknowledged in a special news conference on campus Tuesday. The actual awards ceremony took place at the Royal Swedish Academy of the Sciences in Stockholm.

"We're all just so very happy at the incredibly rich award. I was so delighted to hear the news this morning," said Princeton senior scientist Tom Delworth.

Manabe, 90, originally from Japan, created the first climate models that showed what happens as carbon dioxide builds up in the atmosphere.

It proved that the build up traps heat and that climate change only worsens.

Manabe told media outlets that figuring out the physics behind climate change was 1,000 times easier than getting the world to do something about it.

"How to mitigate climate change is one thing," he said. "We are now facing a difficult problem, and I honestly say, 'What is the best action we should take?'"

The prize comes less than four weeks before the start of high-leveling climate negotiations in Glasgow, Scotland, where global leaders will be asked to ramp up their commitments to curb global warming.