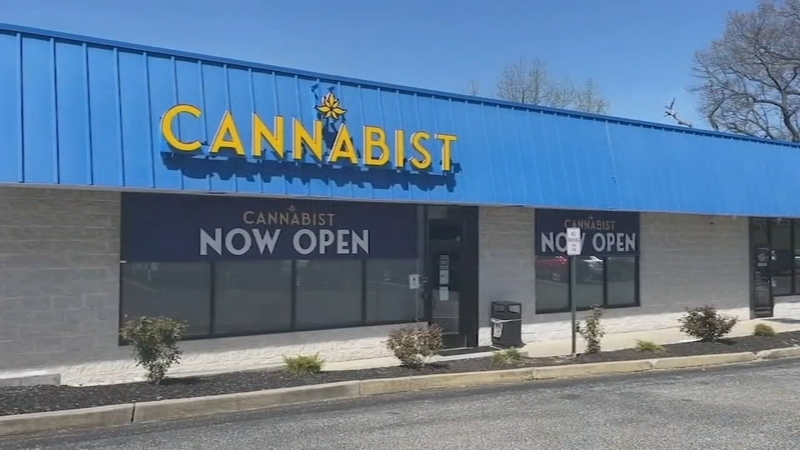 Twelve medical dispensaries statewide have obtained licenses to sell to the general public.

The Botanist in Williamstown is one of the businesses getting ready to welcome customers 21 and older at 10 a.m. with special hours exclusively for medical sales.

At the Cannibist in Deptford, recreational sales will start Thursday at 5 p.m.

"I think the lines are going to be long," said Alex Segarra of Williamstown. "And I'm here today so I don't have to be in line tomorrow."

Medical dispensaries we checked in with will have separate lines or hours for medical patients.

Thirteen medical dispensaries statewide have obtained licenses to sell to the general public. Here's everything you need to know before sales being Thursday.

But some people are concerned about supplies.

"Sometimes I'm afraid that there's not going to be anything left for the medical people. So I get medical, but if they're able to have the amount that's needed for everybody, then yeah that would work," said Lisa Simmons of Deptford, who uses cannabis to help with post-traumatic stress disorder.

A spokesperson for the Botanist says it plans to double its supply to meet demand in the next six months.

Medical patients we spoke to Wednesday hope people will use marijuana safely.

"As long as people don't drive around while they're high," said Matt Ramirez, a medical cannabis patient from Woodbury.

He says he always smokes at home when he has no plans to go out.

While possession of up to one ounce will be legal, driving while high is not.

Some local police departments have said they'll use specially-trained drug recognition experts to spot drivers under the influence.

This week, Governor Phil Murphy said while there's nothing preventing law enforcement officers from using regulated cannabis off-duty, he's open to legislation that would change that.

"There's no allowing anybody to show up impaired. Fair to say that whether you're drinking, whether you've smoked weed, whatever the reason, anybody who shows up impaired will be dealt with aggressively," said Murphy during a press conference on Monday.

Delaware River Port Authority declined to comment on if there will be extra enforcement starting Thursday.