AP
VATICAN CITY -- Pope Francis is summoning the presidents of every bishops conference around the world for a February summit to discuss preventing clergy sex abuse and protecting children - evidence that he realizes the scandal is global and that inaction threatens to undermine his legacy.

Francis' key cardinal advisers announced the decision Wednesday, a day before Francis meets with U.S. church leaders who have been deeply discredited by the latest accusations in the Catholic Church's decades-long sex abuse and cover-up scandal.

The Feb. 21-24 meeting at the Vatican is believed to be the first of its kind, and signals a realization at the highest levels of the church that clergy sex abuse is a global problem and not restricted to the Anglo-Saxon world, as many church leaders have long tried to insist.

Earlier this year, Francis faced what was then the worst crisis of his papacy when he repeatedly discredited victims of a notorious Chilean predator priest. He eventually admitted to "grave errors in judgment" and has taken steps to make amends, sanction guilty bishops and remake the Chilean episcopacy.

More recently, Francis' papacy has been jolted by accusations from a retired Vatican ambassador that he rehabilitated a top American cardinal from sanctions imposed by Pope Benedict XVI for having molested and harassed adult seminarians.

The Vatican hasn't responded to the accusations by Archbishop Carlo Maria Vigano, but has promised "clarifications" that presumably will come sometime after Francis' meeting Thursday with the U.S. delegation.

The Vatican said Tuesday the meeting would be headed by Cardinal Daniel DiNardo, head of the U.S. Conference of Catholic Bishops, and also include Francis' top sex abuse adviser, Cardinal Sean O'Malley.

Di Nardo has said he wants Francis to authorize a full-fledged Vatican investigation into ex-Cardinal Theodore McCarrick, who was removed as cardinal in July after a credible accusation that he groped a teenager.

The Vatican has known since at least 2000 that McCarrick would invite seminarians to his New Jersey beach house and into his bed.

St. John Paul II made him archbishop of Washington and a cardinal in 2001, presumably because Vatican officials were impressed by his fundraising prowess and considered his past homosexual activity a mere "moral lapse" and not a gross abuse of power.

DiNardo has also said recent accusations that top Vatican officials - including the current pope - covered up for McCarrick since 2000 deserve answers. 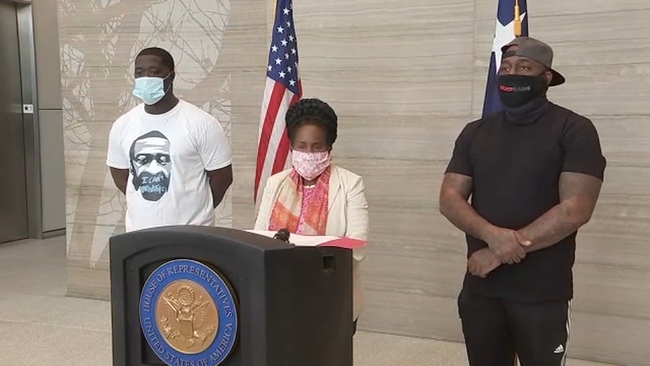 Family members of George Floyd speak out after protests Who are the protesters? Most peaceful, reports of white nationalists
More Videos
From CNN Newsource affiliates
TOP STORIES