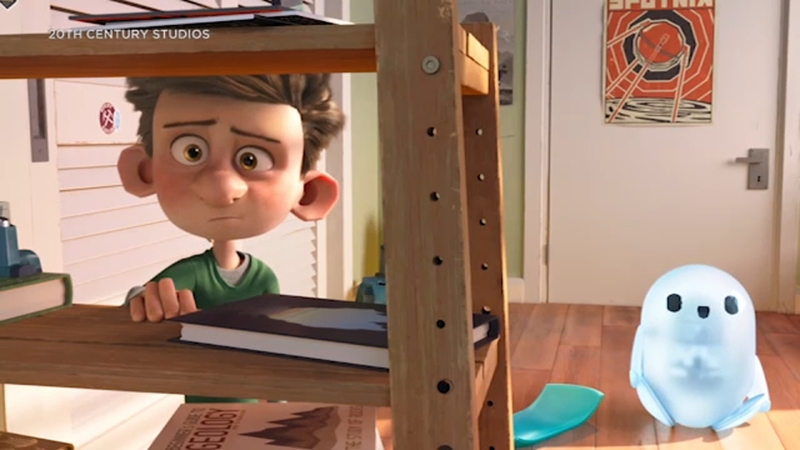 In the new animated family film "Ron's Gone Wrong," a boy named Barney is the last kid in school to get a B-Bot. It's a digitally-connected device touted as being a "Best Friend out of the Box."

Barney's B-Bot doesn't seem to be functioning the way all the others do. His glitch is key to helping to tell a story about friendship in a world so powered by technology.

"There's this kind of the yin and the yang of Silicon Valley, really, because there's this kind of noble, quite altruistic side, which is about making your life easier, right? And making it seamless and flawless. At the same time, we wanted to lift the curtain a little bit on the fact that this is almost run by data and data that comes from us!" said filmmaker Jean-Phillippe Vine.

"I feel like the house is on fire with all this stuff," said actor Zach Galifianakis. "So I think we really need to start figuring out how to talk about it and laws need to catch up to these tech companies."

Galifianakis is the voice of "Ron." Jack Dylan Grazer is his human best friend, Barney. He admits the whole social media thing isn't his forte.

"When there's so many beautiful things around you, wasting away your time on social media in this toxic strange playground is unhealthy, I think," said Grazer.

Clearly, the movie has something to say about our culture's obsession with social media. But co-writer Peter Baynham says that's not all it's about.

"I think it's that central relationship as well. We just worked hard to build that thing of a boy and this weird, broken device that he kind of falls, falls in love with," he said.

Check out an exclusive clip from the new movie "Ron's Gone Wrong," which hits theaters on Friday, October 22.