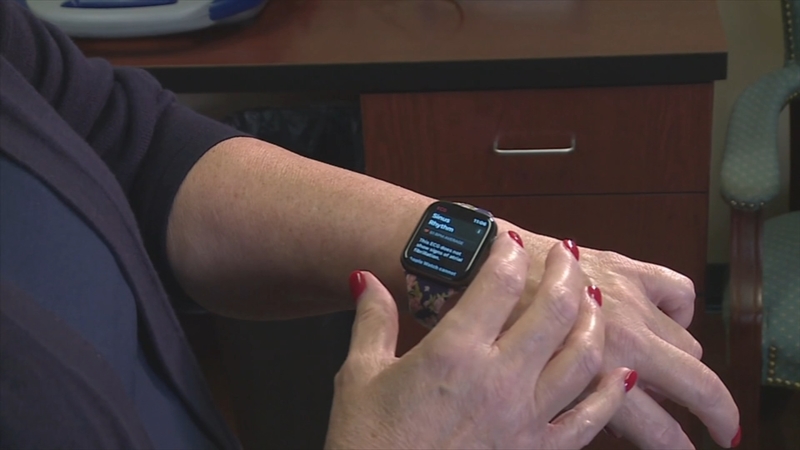 LOUISVILLE, Kentucky (WPVI) -- A Kentucky woman says a Christmas gift has turned into a lifesaver.

Rosemary Stiles got an Apple watch in December 2018 to keep in touch with her kids while she was on the move.

Last May, she says it woke her from a nap, telling her she had atrial fibrillation and to get to a doctor.

Stiles had been unusually tired, but never thought it was her heart.

"I felt tired, I was run down. I had no energy. I would get up in the mornings and I could do a little bit of stuff around the house, but then after a few minutes, I would have to go sit down in a chair, and it wouldn't be long before I would fall asleep," she said.

Stiles is getting treatment now, thankful for the watch's warning.