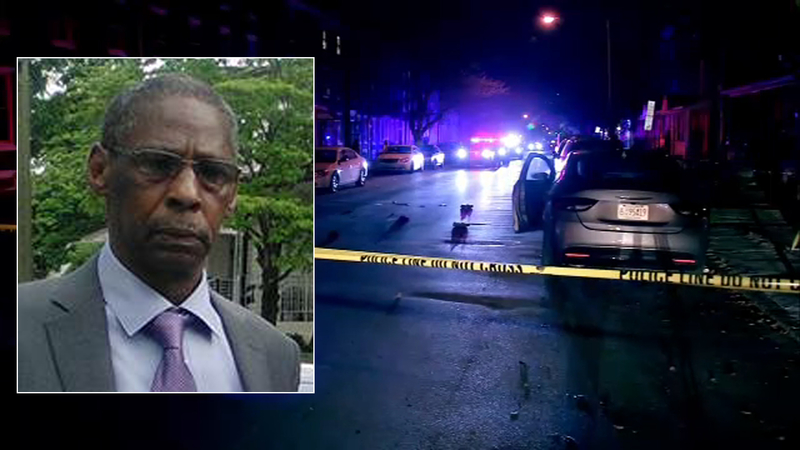 NORRISTOWN, Pennsylvania (WPVI) -- A disabled Vietnam veteran was killed in a hit-and-run crash in Norristown, Pennsylvania on Sunday night, according to the victim's family.

It happened Sunday around 6:30 p.m. on Astor Street near Oak Street.

Jayden Guidici had been looking forward to Veterans Day because of what it meant to his grandfather.

"It was basically his day and what he fought for," said Guidici as he stood outside his family's home on Astor Street in Norristown.

But Samuel Jackson, a Marine who served in Vietnam, never lived to see Veterans Day 2019. He was hit and killed by a speeding car in front of his home. The driver left the scene.

"The fact that it's Veterans Day, and he loved the Marines, oh my God," said his sister Peggy Jackson. "To be killed like that (sigh)."

Police believe Jackson was exiting his car when he was hit. Investigators say the car in question may be a red Ford Focus. Witnesses say the car sped away southbound on Astor Street after hitting Jackson.

"If they had called 911, you may have been able to save him," said Peggy Jackson.

Jackson's house sits on one side of an intersection with stop signs. But neighbor say that doesn't stop cars in that area from speeding.

The Jackson family is just hoping that the person who hit Jackson feels compelled to come forward.

"It won't bring him back," said Derrick Jackson, the victim's nephew. "But I feel like if they turn themselves in it will give us a little bit of closure."