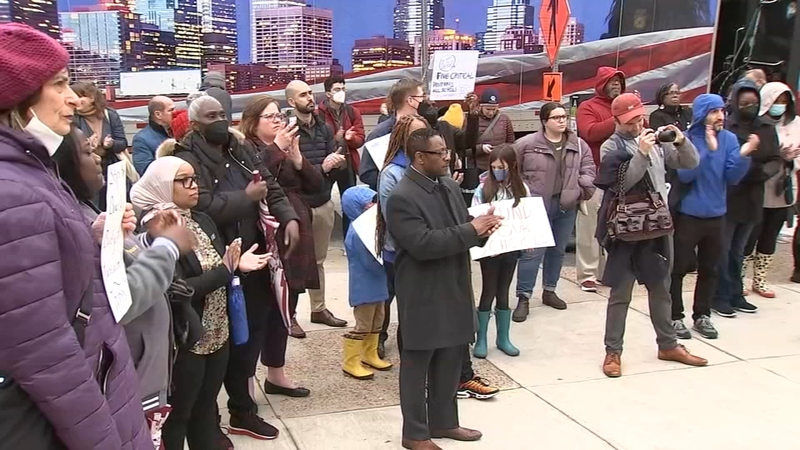 They worry this will lead to staffing shortages and have a negative impact on students' education.

A rally took place outside school district headquarters Thursday around 4 p.m. The rally was organized by Teamsters Local 502 and other unions.

The crowd that gathered included elected officials, community groups, students, and their families.

The focus is on what they say is underfunding for the 2022-2023 School District of Philadelphia budget.

The school district is adding $170 million into its budget for next year for a total of $3.9 billion.

Uri Monson, the district's chief financial officer, tells Action News one of the district's biggest issues is a decrease in the number of teachers this year.

Monson says the number of students is also projected to go down.

Still, he says there will be more resources for students than the district has had since 2011.

"We got several thousand responses last year when we did this. I'm hopeful we'll get that again, so we'll get input. We made adjustments last year as we do every year between the March proposal and the changes in May," said Monson.

While Monson said this is just a proposed budget, and there will be two months for comments and response, community members and unions say they want to see a bigger budget for the students.

"That's why we're here to lift our voices to say that the budget has to be increased. The funding is there," said Jerry Jordan, president of the Philadelphia Federation of Teachers.

There will be a budget hearing towards the end of April, which will be an opportunity for a public hearing.