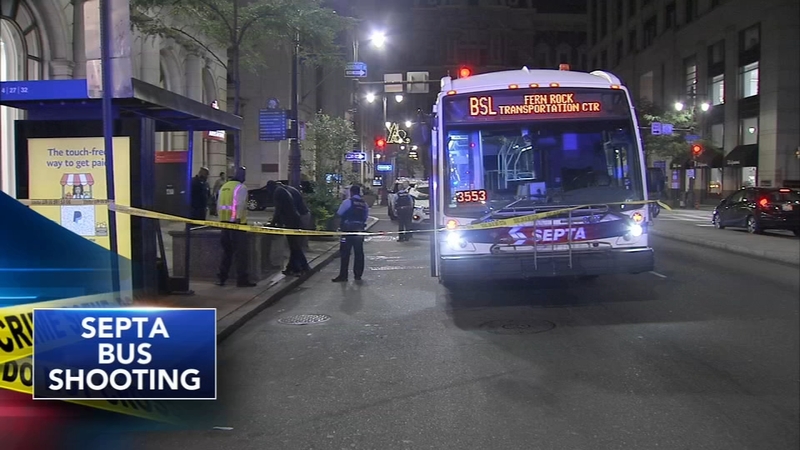 PHILADELPHIA (WPVI) -- Philadelphia police want to talk to the passengers who fled a SEPTA bus after a shooting in hopes of gathering more clues in the case.

A man was shot and wounded on board the bus around 1 a.m. Thursday at Broad and Chestnut streets, a block south of City Hall.

The shooter was able to get away.

Authorities don't have a clear motive or description of the shooter, but are asking passengers to come forward to provide information that could help with the investigation.

"There were 15 passengers on the bus ... all the other passengers fled so we don't have any witnesses," said Chief Inspector Scott Small.

The practice of purposely obscuring license plates is nothing new, but a vehicle recently impounded by Philadelphia police looks like something out of a British spy novel.

The driver was left behind with the 29-year-old victim who was bleeding heavily while slipping in and out of consciousness, police said.

Investigators said the victim was shot in the left side of his chest and was rushed to Jefferson University Hospital in critical condition.

Police also found a shell casing outside the bus, but they believe it was kicked off the vehicle while passengers were running to safety.

Central Detectives are working the case along with SEPTA police.

This is not the first time gun violence unfolded on the transit system in recent months.

In June, a gunman was found dead on train tracks after he shot someone on the Market Frankford Line.