Police say 23-year-old Darnell Still is being sought in connection with the shooting on July 15.
WPVI
By 6abc Digital Staff 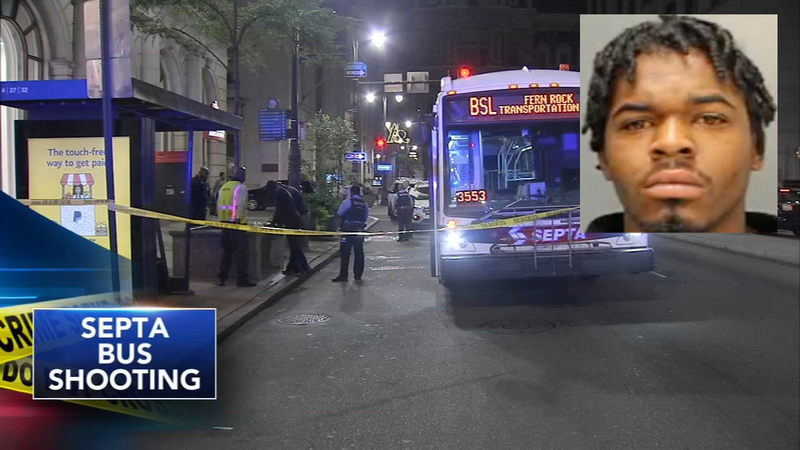 Police say 23-year-old Darnell Still is being sought in connection with the shooting on July 15 at Broad and Chestnut streets, just a block south of City Hall.

There were more than a dozen passengers on the bus when the gunfire rang out.

Philadelphia police are trying to find the passengers who fled a SEPTA bus after a shooting in hopes of gathering more clues in the case.

A 29-year-old passenger was critically injured after being shot.

On Wednesday during a gun violence briefing, police released video of the suspect fleeing the bus as a flurry of people followed behind him, running for safety.

Anyone with any information on Still's whereabouts is asked to call police at 215-686-TIPS.