12-year-old Pennsylvania girl speaks out after being bitten by shark in Ocean City, Maryland

Family members say she suffered injuries after a suspected shark attack that left her with 42 stitches for 20 cuts.
WPVI 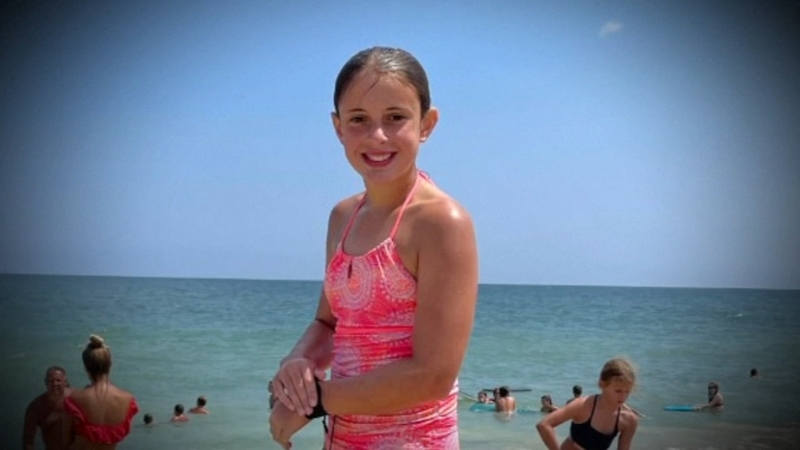 Jordan Prushinski and her family of Plains Township, Luzerne County were on vacation Monday at the beach in Ocean City when Jordan went into knee-deep water. She was swimming with her family when she limped out of the water bleeding from the leg.

"I thought I picked up a horseshoe crab and hit against my shins," she said.

Her mother, Melissa Prushinski, said other beachgoers, including an EMT and a nurse, helped give Jordan first aid.

"(Jordan) came out and I took one look at her leg and saw the wounds and the bleeding," Melissa Prushinski said. "Immediately I went for the lifeguard because I knew we were going to need some help taking care of this."

With the help of a lifeguard, they cleaned and bandaged the wound, and Jordan's family took her to Atlantic General Hospital.

Melissa Prushinski said they sent photos of the wounds to an expert at the Shark Research Institute in New Jersey, who believe it may have been a Blacktip shark.

"You find them right up against the beach, often chasing little bait fish or staying out of the way," said Dr. Stephen Kajiura.

Shark sightings and incidents are rare in Ocean City, but experts say due to warmer water, they are seeing more and more sharks in areas where they are not often seen.

"They're heading farther and farther north," Kajiura said. "There's going to be a bigger and bigger problem going forward as shark migrations are shifting."

Jordan is still in high spirits, and while the incident may keep her out of the ocean for a little while, she said it won't stop her forever.

"Might be a year or two, but this is rare to happen, but it's even rarer for it to happen a second time," Jordan Prushinski said.
----