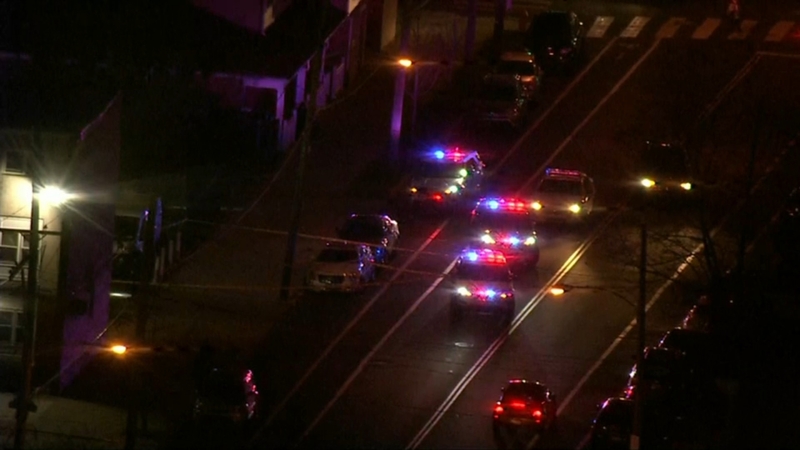 PHILADELPHIA (WPVI) -- A 15-year-old girl was shot in the lower back Thursday evening near the intersection of 55th and Vine streets in West Philadelphia.

The girl was transported to Penn Presbyterian Medical Center where a team of medical personnel rushed outside to help her.

The unidentified girl who is recovering became the 108th person under the age of 18 struck by gunfire in Philadelphia this year.

Police have not made any arrests.

It's unnervingly close to where the West Philly Panthers were practicing at the same time. Coach Kaif Beyah is discouraged.

Just a few blocks from the Panthers' field, a gunman riddled a car with bullets Wednesday night. A 7-year-old boy inside was hit in the foot. Officials said he'll recover.

Too many haven't been as lucky.

"There's nothing more pressing for me than to reduce the violence against children," said Acting Police Commissioner Christine Coulter.

Many are asking what can be done. A big gun return push is happening this weekend. But the problem is complex.

Community activist and minister Paul "Earthquake" Moore said there needs to be more structure and discipline within homes.

"It's the fathers that got to step up. We got to be fathers to these kids. There is no jobs out here so got to go to school and learn a trade," said Moore.

As a youth coach, Beyah is doing his part.

"We're trying to keep the kids out of as much trouble as possible, as you can see we're trying our best," said Beyah.

But the police lights flashing nearby are a mean reminder there's no play Beyah can call that'll defend his players from the violence around them.

The prospect of stray bullets is a real concern for Beyah and his squad.