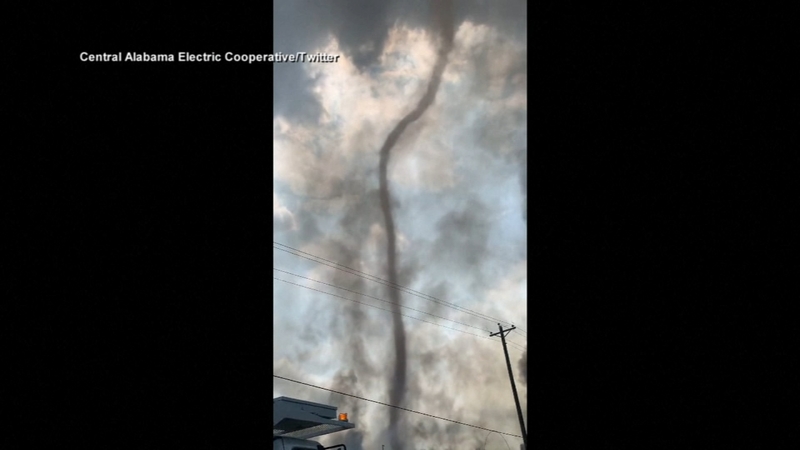 BURNSVILLE, Ala. -- A "smokenado" formed during a fire at a recycling and salvaging plant in Burnsville, Alabama, on Monday.

This video, filmed by a lineman at the Central Alabama Electric Cooperative and posted on Twitter, shows the smoke funnel.

The cooperative told Storyful that their crews were waiting for the fire to be controlled enough to work on the damaged power lines.

In a Facebook post they thanked the first responders who worked on the fire, saying "y'all are true heroes! #smokenado."