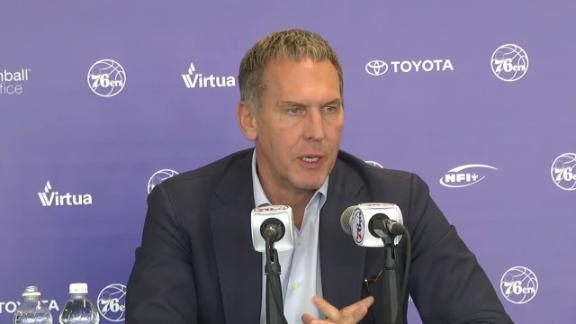 The Boston Celtics and Philadelphia 76ers have officially completed a blockbuster trade that sends the No. 1 overall pick in this week's NBA draft from Boston to Philadelphia.

The Sixers, who are expected to select Washington guardMarkelle Fultzfirst overall, traded the No. 3 overall pick and a future first-round pick to the Celtics.

On top of its No. 3 overall pick, Philadelphia is also sending the 2018 first-round pick it owns via the Los Angeles Lakers, which the Sixers acquired from Phoenix at the 2015 trade deadline.

But if that Lakers pick doesn't fall between No. 2 and No. 5 in the 2018 draft, Philadelphia will instead send a 2019 first-rounder to Boston that it acquired from the Sacramento Kings.

"We're thrilled to be able to select what we expect [to] be an impact player with the third pick in this year's very talented draft class, while also adding a highly valuable future asset as we continue to build toward Banner 18," Celtics president of basketball operations Danny Ainge said in a statement.

It will mark the second straight year that Philadelphia selects first overall. The Sixers used the No. 1 pick last year on Ben Simmons, who missed the entire season because of a foot injury.

"History suggests that No. 1 has the greatest odds of producing franchise-level talent, and we are confident that this year's draft class has that very potential," Colangelo said. "Thursday night will see us take another significant step toward building a successful and sustainable basketball program."

Ainge said Monday that he believes the player the Celtics would have selected with the No. 1 on Thursday will be there when the team picks at No. 3.

"I think even before the lottery, we've been evaluating these kids for a couple years, and we felt like it was very close with the top handful of players, and we still feel that way," Ainge said in a conference call Monday after the trade was formally announced. "We think there's a really good chance the player we'll take at 3 is the same player we would have taken at 1. So this was a great opportunity to acquire an impactful asset."

Ainge didn't rule out the possibility that Boston could use the No. 3 pick in a secondary move but seemed to hint that the team made this initial move simply because it believed it could add a future pick while still getting its desired player.

Celtics fans have been leery about moving down, particularly with all the buzz about Fultz. But Ainge repeatedly stressed that the Celtics are excited about this move.

Ainge noted that Philadelphia's trade offer was the best Boston received for the No. 1 pick and "by a significant margin." Ainge also downplayed the suggestion that Boston might have aided what might be its primary Eastern Conference competition down the road and said Boston's front office was unanimous on the decision to move down.

Information from ESPN's Chris Forsberg was used in this report. 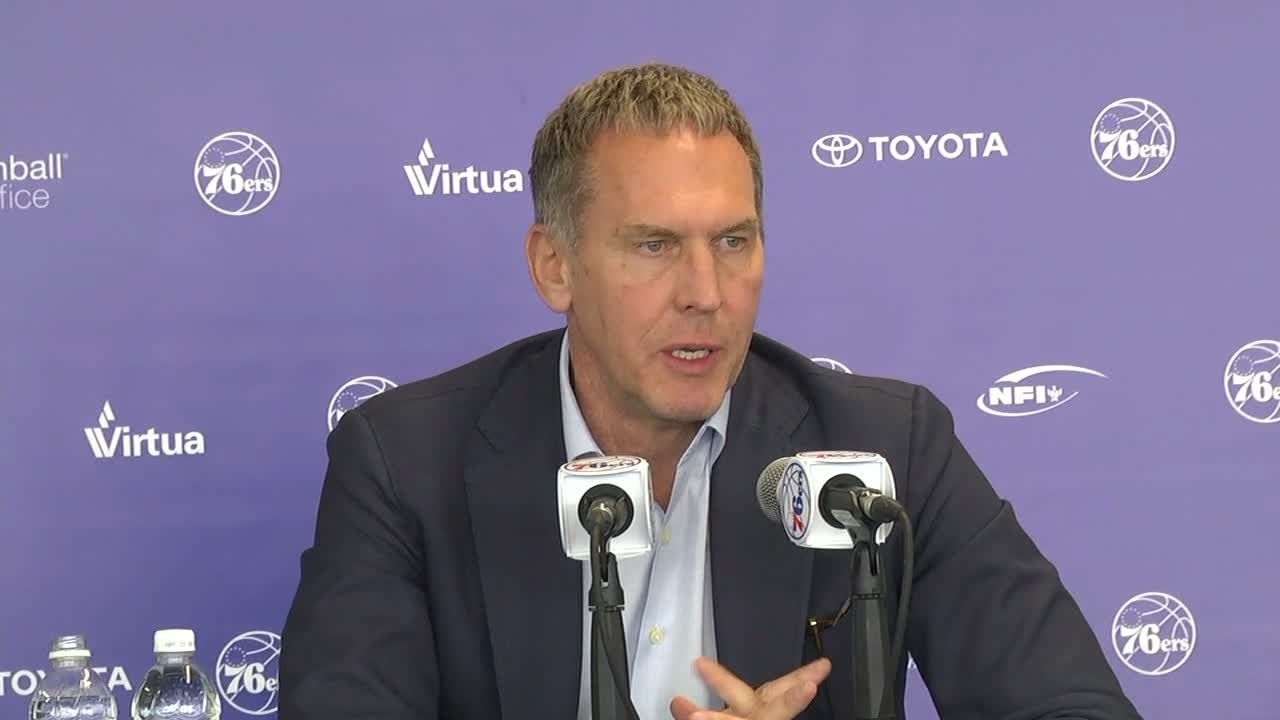 Colangelo: Player chosen may be a franchise-level player
Bryan Colangelo explains why the 76ers decided to trade with the Celtics to obtain the first pick in the draft. 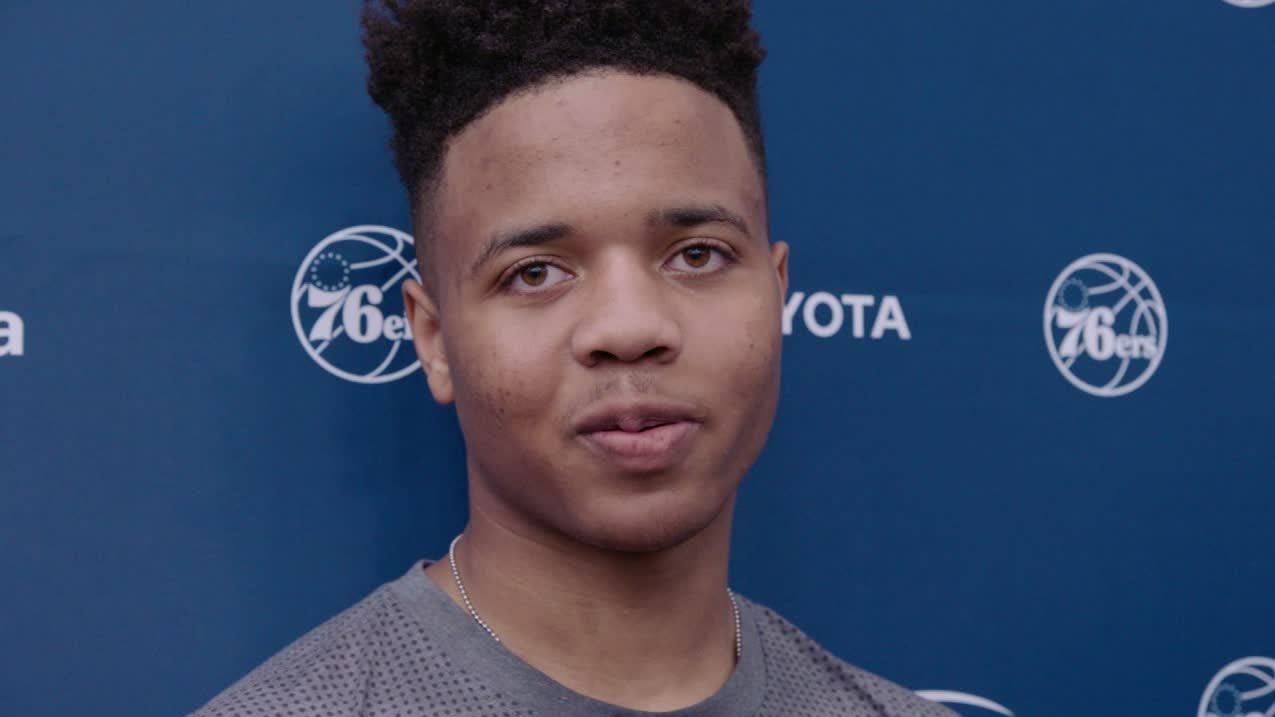 Fultz sees the upside in Philly
Markelle Fultz is excited about the prospect of playing for the 76ers. Coley Harvey breaks down Fultz's day with the team. 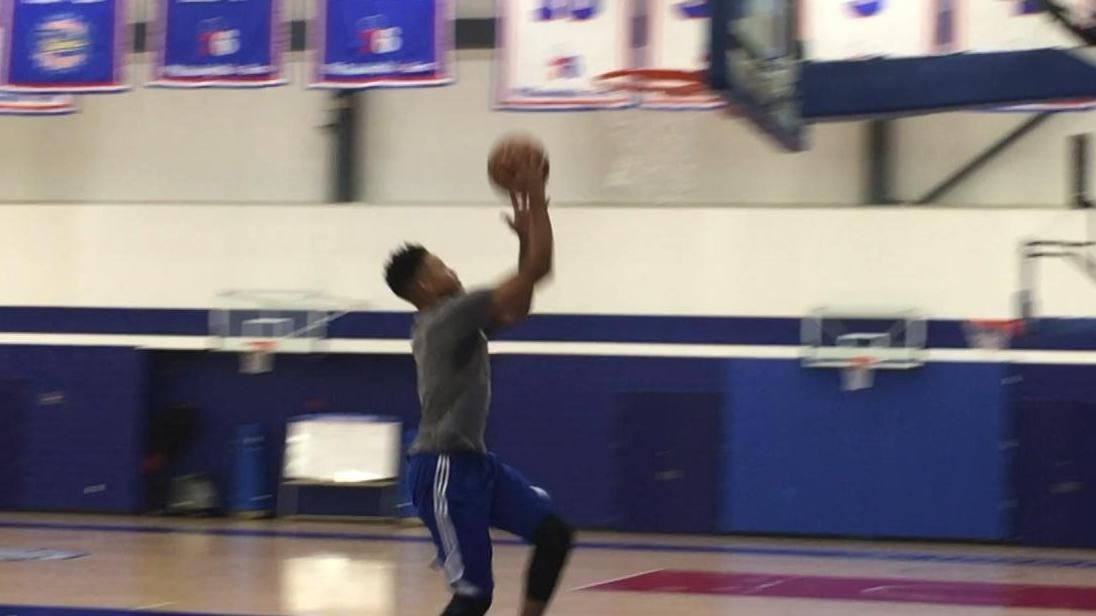