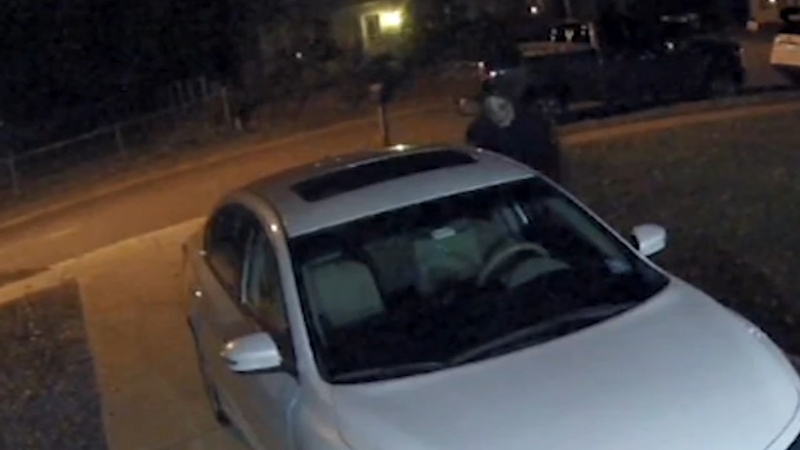 WASHINGTON TOWNSHIP, New Jersey (WPVI) -- Police in Washington Township, New Jersey are asking local residents to be on the lookout for a person breaking into vehicles. Police have surveillance video, now they need a suspect.

Video shows the suspect casually walk into frame. He tried to get inside the white Nissan, but it's locked.

Then he moves back out onto Auriga Lane and gets inside someone's pick up.

The suspects goes from car to car. Luckily most were locked but some weren't.

"I think my saw is missing out of my van to be honest. All my cars were locked except my van," said Doug Dauria.

"What if he even tried to come in peoples' houses. You never know," said Dauria.

"I went in, I seen the card, insurance card and I was like someone is in my glove box. But there was a bunch of change missing," said Abrams.

Minus the loss of Dauria's saw, the masked suspect only made out it with loose change.

Neighbors didn't have much in their vehicles, but police obviously want them to be on the lookout.

And add in the event you should see the thief in action-- don't approach him.

"We need our residents to call police immediately, 911, and report it to us to get officers in the area," said Chief Patrick Gurcsik with the Washington Township Police Department.
Report a correction or typo
Related topics:
gloucester county
Copyright © 2021 WPVI-TV. All Rights Reserved.
More Videos
From CNN Newsource affiliates
TOP STORIES