70% of Natives live in cities, but health issues overlooked: Sutton King seeks to change that 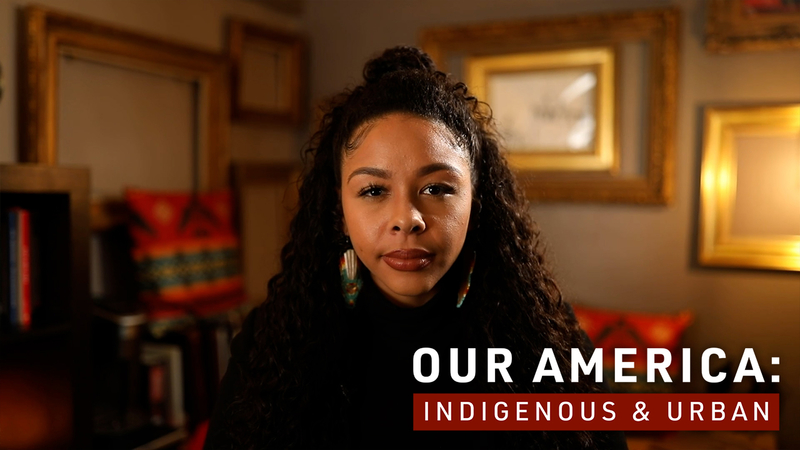 NEW YORK -- Sutton King is on a mission -- to make health care accessible and affordable for Native Americans. It's taken her from the reservation, where she spent her early years in school, to the big city.

The Indigenous rights advocate hails from Green Bay, Wisconsin, and is a descendant of the state's Menominee and Oneida Nations. She now calls New York City her home.

NYC's also where King co-founded The Urban Indigenous Collective in 2019. The UIC advocates for affordable health and wellness services with an emphasis on Indigenous culture for urban Natives.

A New York University graduate with a master's degree in public health, King believes her interest in Indigenous health started young when she performed at jingle dress dances in local powwows.

"I always knew I had that connection to my culture in that way through dance," she said.

The dresses, commonly lined with metal cones, create a melody when dancers move, mimicking the sound of falling rain, according to the National Congress of American Indians. The jingle dress dance, performed by women and girls at powwows across the country, represent both healing and pride, according to the NCAI.

"We dance to bring healing to those who are sick in our community. I always knew I wanted to do good things for my people and help heal them. I think that calling to jingle dress dancing at a young age was kind of a preview of what was to come for me," King said.

Her work with UIC also brings attention to disparities in health care for Native Americans in urban settings.

"We see 70% of Native Americans now living in urban areas, however, [the federal government's Indian Health Services] allocates 1-2% of their budget to urban programs," she said, citing a report issued by the Robert Wood Johnson Foundation and the Seattle Indian Health Board's Urban Indian Health Institute.

King, who identifies as Afro-Indigenous, is working with UIC to create an inclusive space for all Natives.

Some tribes still use blood quantum criteria, or the fraction of Native ancestry, to confer membership. This standard for tribal enrollment can be complicated, and sometimes painful, for people with mixed ancestry, King said.

"For us, it was very hard to see a lot of our relatives and community being turned away because they didn't have the right blood quantum or they didn't have the right paperwork," King said. "For us to be a true inclusive space as the Urban Indigenous Collective, we want to recognize all Indigenous peoples as our relatives and really ensure that they have access to the resources they deserve, regardless of if they have a paper that says they're this much of a pie of an Indigenous person."

King said she's inspired by prominent figures in her own family. She is the great-granddaughter of Menominee Chief Oshkosh and a relative of Ingrid Washington Watalk, a well-known Indigenous rights activist who worked with the United Nations on Native issues.

"We're taught not to be proud to be Native, we're taught to be very humble. But I am proud, and I find so much peace in that," King added.