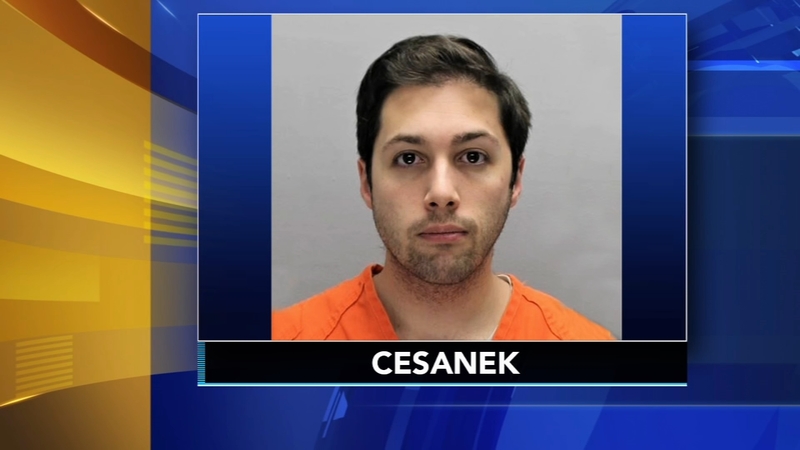 EVESHAM TWP, New Jersey (WPVI) -- A 31-year-old former South Jersey teacher has learned his fate for having sex with a female student.

He worked as a Latin teacher at Cherokee High School in Evesham.

In September, Cesanek pleaded guilty to endangering the welfare of a child (second degree).

Authorities said he had an ongoing sexual relationship with a student in 2016 and 2017.

Police said the incidents occurred at Cesanek's home, as well as at the school.

According to the prosecutor's office, Cesanek was arrested within 24 hours of police having received the information in October 2018.

He did not teach after being charged and is no longer employed by the district, school officials said.