WPVI
By Brian Taff
1 / 6
Thanks to some very talented gamers, see what the Action Cam and Chopper 6 HD look like in the world of Minecraft.
PHILADELPHIA (WPVI) -- It may be the most popular game you've never heard of. And if you haven't heard of it, you're part of an ever smaller minority. Minecraft has swept onto computer screens around the world and surprisingly, parents say, that's not so bad.

At 7 years old, Emily isn't quite old enough to be an architect. But she is busy building a home, block by block.

Welcome to the world of Minecraft - a kind of Sim City on steroids. 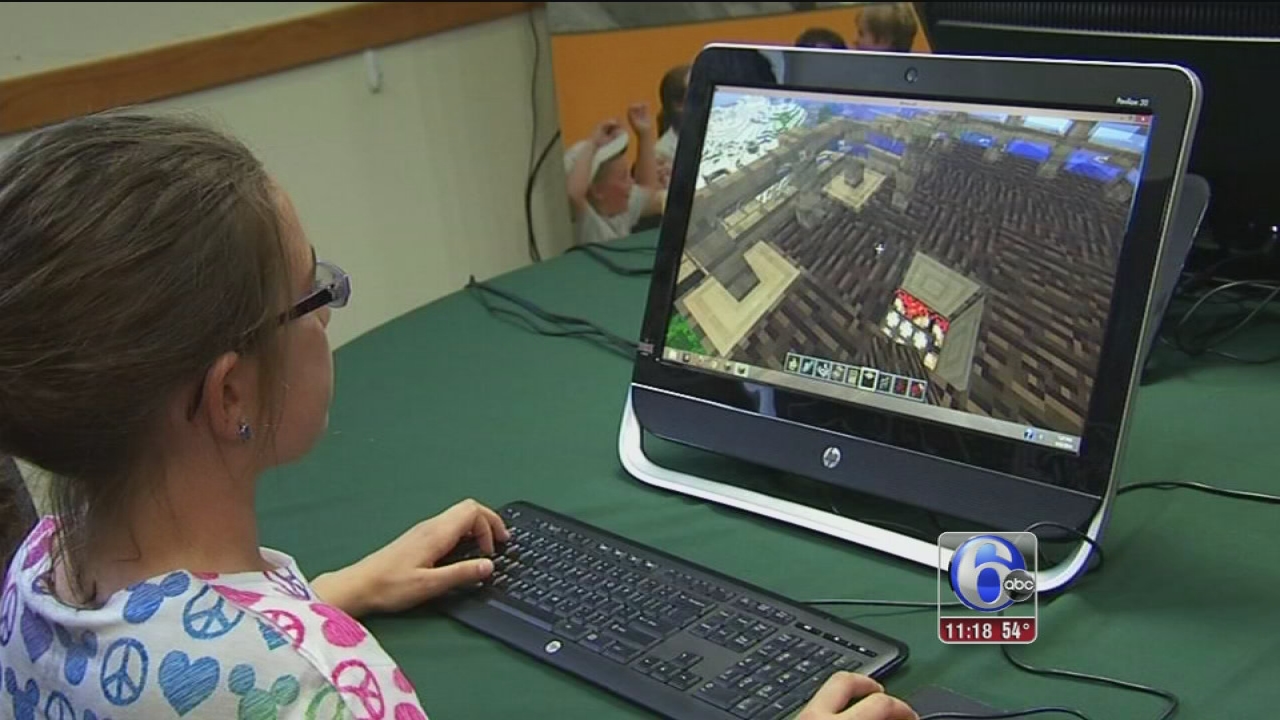 Parents embracing Minecraft video game
Watch the report from Action News.
"It's an open world where kids can create and design their own adventures," Ed Fleming said.

Fleming is what you might call a camp counselor for the digital age.

From his offices at ESF Summer Camps in Haverford, he puts kids in front of tablets and laptops, and lets their imaginations roam.

"Minecraft really is about creating adventures and building worlds with almost like Lego like blocks," Fleming said.

And while that may sound simple - guess again.

The game, its designers explain, is about breaking and then placing blocks, Again, an overly simplistic way of way explaining how players build the worlds around them for one of two purposes.

In survival mode that purpose is to stay alive, by building structures and tools to take on the game's so-called creepers.

"If your friends are playing in the world with you they might encounter those creepers and have to resolve how to get around them," Fleming said.

But in creative mode, the objective is much more free flowing.

Players roam a world without end, building it out, step by step, block by block, as they see in their mind's eye.

"A space where you can do anything," Fleming said.

Some examples of what can be created include Philadelphia's City Hall, the Eiffel Tower, and a sprawling ancient temple you'd expect to see in some kind of blockbuster Hollywood movie.

And that is why parents are embracing this game.

"I think it's very imaginative; it encourages them to develop math skills and geography and also at the same time they can play with their friends," Fleming said.

The game was broadly released back in 2011 and has soared in popularity ever since.

Analysts say it's sold 50 million paid units and users have downloaded another 50 million of the free version. With most buying up the game's add-ons at a staggering pace.

In a market once dominated by games centered on destruction, parents are more than pleased to instead here their kids ask this question:

"What do you want me to build?"

ESF is one of several places locally running a one week long Minecraft camps this summer. As you might guess, they're filling up fast.

Many parents say their kids develop all kinds of skills from playing it, but as with any game, it's always good to limit usage so kids can also get busy creating in the real world.